We knew he was Warlow! Problem is Sookie still doesn’t… or does she? Finally, True Blood is spicing things up. 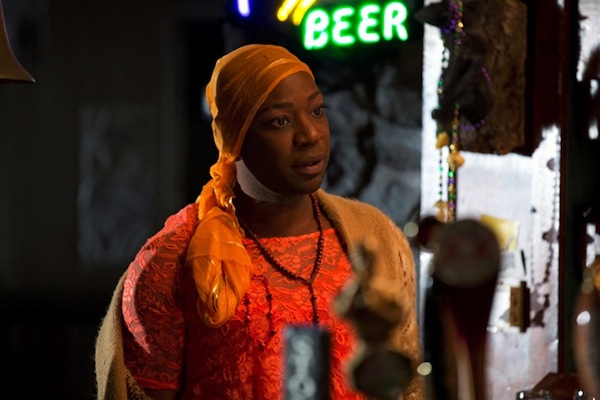 Things got bloody, naked and deadly on this week’s True Blood. Just how we like the show. And we were worried it’d gone soft.

Jason passes out after Bill (Stephen Moyer) leaves the house. He barely has a pulse, and Sookie (Anna Paquin) calls 911. While she’s gone, Ben bares some pretty nice fangs, rips into his arm and feeds his blood to Jason. Is he Warlow? We had an inkling he might be Warlow… Besides the fangs, we’re still not over the fact that Sookie broke up with Eric (Alexander Skarsgard) because she wanted some normalcy. Is that the best excuse the show could come up with to get a new man on the show? Because Sookie clearly doesn’t mind her new supernatural friend.

Even Niall is oblivious to Ben’s extra mouth hangers and focuses his attention on tracking down Nora. Once he finds her, Nora tells him that there was a misinterpretation in the bible. It read “the people led Lilith to the sun.” It should have been translated as “the progeny led Lilith to the sun.” Which means Warlow is the only one who can kill Lilith. Segue back to the producers saying someone significant is going to die this season on True Blood. Sounds like Bill’s odds of making it to the end of this season aren’t good. We’re kind of OK with that. Even before Lilith, the Southern gentleman was subbed out for a boring, egotistical Billith.

Apparently, that information is all Nora is useful for because Niall blasts her out into the road where Burrell’s SWAT takes her into custody.

Ben isn’t the only one lying. Niall arrives back home where he says that SWAT found Nora before he could catch up with her.

Eric gets down and dirty with Willa

Eric finds Willa after compelling Tara. Willa tells him that she really wants to help and, this time, he believes her. He digs a grave and makes her a vampire. (Cue the sucking and moaning.) Then Eric sends her home to show Daddy what his daughter’s become. At first, Willa is mad that Eric only made her a vampire to get back at her father, but Eric comforts her by saying she’s only the second vampire he’s made in over a thousand years.

Sarah Newlin and Burrell are kissing in his room, and Sarah has something she wants to tell him. (Is she pregnant?) They’re interrupted by security who tells Burrell that Willa is at the house, and they had to invite her inside. Willa wants Burrell to stop the war he’s causing if he ever loved her at all. Willa sees the cut on Burrell’s hand and her fangs come out. She tries to bite him, but Sarah shoots her down and tells Burrell to send her to the camp. 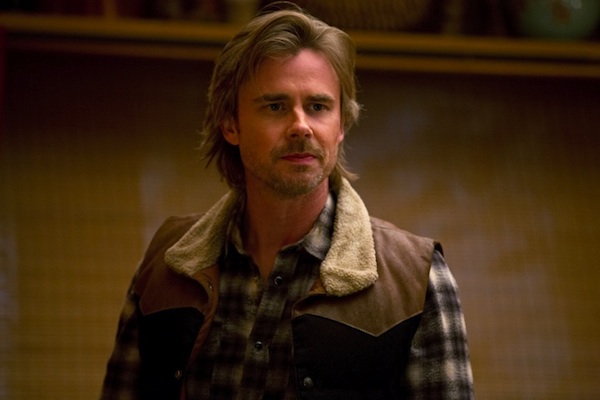 Teenagers do the dumbest things

Andy is growing into fatherhood and the girls are growing, well, their womanly parts. Overnight.

Bill and Jessica are watching the house and see the girls sneak out. No longer faerie preteens but faerie young women, wearing fairly next to nothing. Where did they get the miniskirts and crop tops? Even Arlene doesn’t dress like that.

Jessica sympathizes with the faerie girls because she was their age when she was made into a vampire. She wants to make sure they aren’t hurt. Still, she helps Bill. He gets the faerie blood he needs and brings it to Hito, who is being held captive at Bill’s mansion.

After trying, Hito says he can’t replicate the blood, but Bill tells him he won’t stop until he has synthesized the blood whether Hito likes it or not.

The faerie young women want to go home. One gets too close to Jessica, and she snaps, biting her. Jessica loses control and kills all four girls.

Sookie finds a drop of blood on the ground and begins to put the pieces together. The blood sparkles just like Warlow’s. We knew Ben was Warlow! Sookie makes plans with Ben for dinner but buys liquid silver to put in the food.

Jason also puts the pieces together with Niall after Jason has fantasy dreams about Ben from drinking Ben’s blood. They try to take Ben/Warlow down but Warlow wins. Suddenly, Ben has a sexy British accent to go with his fangs. He compels Jason to leave but not before he gives Jason the chance to say goodbye to Grandpa.

Ben/Warlow shows up late for dinner (because he was sending Grandpa to the other plane of existence). Sookie explains her past to Ben and then asks him point blank what it is about her he wants. He says they understand each other, and he’s crazy about her. He also doesn’t react to the silver.

Sookie is about to have sex with Ben until she tells him to get off her or die, calling him Warlow. The camera pans out, and she has her faerie ball of light pointed right at his chest.