Only seven months after his doping confession, Lance Armstrong is ready to return to the public eye and the sport that he shamed. 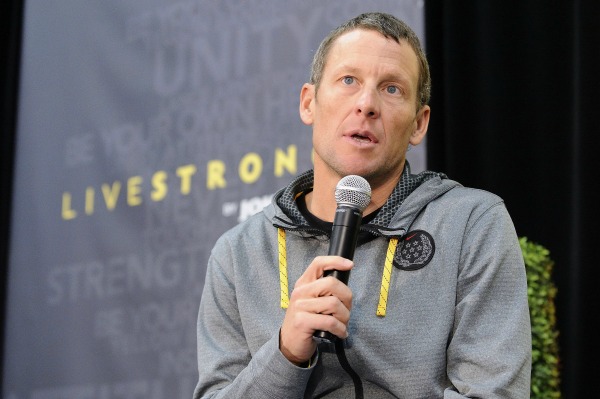 In January, Lance Armstrong sat down with Oprah Winfrey to admit to doping during his seven consecutive Tour de France victories. On Tuesday, the fallen athlete announced his return to the sport that brought him fame and shame.

He spoke to The Des Moines Register about his decision to participate in The Register‘s Annual Great Bicycle Ride Across Iowa beginning July 21.

He talked about how the public might view his decision: “I’m well aware my presence is not an easy topic, and so I encourage people if they want to give a high-five, great. If you want to shoot me the bird, that’s OK too.”

The 41-year-old Armstrong continued, “To be honest, it’s not a statement, it’s not an experiment. It’s just me wanting to go ride my bike with what in the past has been a friendly group of people that share the same interests.”

It will be interesting to see how the public reacts to his participation, given the fact that his admission happened only seven months ago and under duress from the U.S. Anti-Doping Agency. He is banned from the sport for life, but he is allowed to participate in rides since no racing or prizes are involved.

He said, “We are open to anyone that wants to come ride RAGBRAI. Who knows, we might get TMZ covering RAGBRAI this year.”

Despite the excitement surrounding his first ride since the scandal, Armstrong is facing more serious issues, including a series of lawsuits arising from his doping confession. Liability may run as high as $135 million.

The former Olympian seems fairly calm about his legal problems.

He shared with The Register: “I’m committing to working through them and whether it’s settling cases or whether it’s fighting some cases — because some have merit, some don’t. But I’m committed to the process and that’s probably as much as I would and could say about it. That’s a tricky area there.”

Armstrong certainly hasn’t lost his sense of humor either.