The world saw the photos of alleged domestic abuse by Nigella Lawson’s husband last month, but it looks like their marriage has been going downhill for a while. 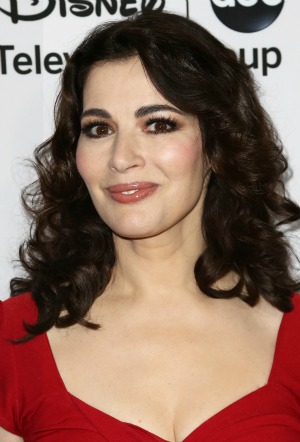 A month after being photographed with his hand around his wife Nigella Lawson‘s throat, Charles Saatchi has announced the relationship has ended.

“I am sorry to announce that Nigella Lawson and I are getting divorced,” he told the Daily Mail.

Saatchi said that the couple have been drifting apart for a while, and it sounds like the incident may have had something to do with this final decision.

“I feel that I have clearly been a disappointment to Nigella during the last year or so, and I am disappointed that she was advised to make no public comment to explain that I abhor violence of any kind against women, and have never abused her physically in any way,” he said.

Saatchi had said that the fight at the restaurant in London where he was photographed was a “playful tiff,” but he was cited by police for assault.

“I am sorry that we had a row. I am sorry she was upset,” he said. “I am even more sorry that this is the end of our marriage.”

Lawson reportedly left Saatchi just after the photographs were published, and according to the Daily Mail, she has not returned his phone calls since then. Saatchi tells the newspaper that Lawson’s public relations rep called him and asked him to publicly apologize for his actions, which he would not do because, according to him, he didn’t do anything wrong.

Saatchi is the owner of the Saatchi Art Gallery and a former advertising executive. According to the BBC, in 2010, he donated his art gallery in Chelsea, London, to the British public. The gallery has more than 200 pieces of art.

Lawson’s first husband, journalist John Diamond, died in 2001, and Lawson and Saatchi were married in 2003. Lawson and Diamond had two children together.

The “domestic goddess” began her first restaurant column in 1985 and increased her presence in the field before releasing her books How to Eat and How to Be a Domestic Goddess.