Beyonce and Solange Knowles’ dad tied the knot in June, but why didn’t either of them show up for the big event? Was it scheduling — or something else? 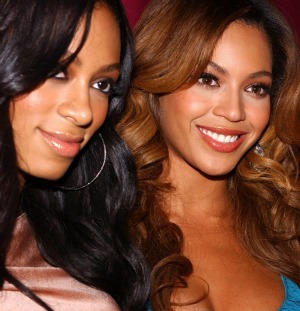 Matthew Knowles had a big day on June 30, but two very important parts of his life were not there with him. Beyoncé and Solange Knowles apparently didn’t show up at their dad’s wedding.

Matthew Knowles married his fiancée, Gena Avery, last Sunday in Houston, Texas. The couple had dated for a year and a half before tying the knot, but he told TMZ his daughters apparently had better things to do than show up at his wedding.

“Unfortunately, Beyoncé and Solange had previous engagements which made it impossible for them to attend,” he said.

Solange and Beyoncé’s father divorced their mom, Tina Knowles, back in 2011, although she was the one who had originally filed for divorce in 2009.

Avery is a 48-year-old model–turned–real estate agent who is now the stepmother of one of the biggest superstars in the world.

Beyoncé does have a good excuse for missing the wedding. She is currently out on The Mrs. Carter Show World Tour, and while she didn’t have a concert on June 30, she was in Las Vegas on June 29 and Los Angeles on July 1.

The singer will be out on tour for most of the rest of the year, finally heading home after her Dec. 20 date in Boston. With her husband Jay-Z‘s new album, Magna Carter Holy Grail, out, not to mention a toddler at home, Beyoncé’s plate is pretty full these days.

Matthew Knowles was the manager for her group Destiny’s Child until she released him as her manager in 2011, according to the Associated Press. The 61-year-old still runs Music World Entertainment and manages many other musical acts.

Beyoncé hasn’t commented on whether her relationship with her dad or her schedule was the reason for not attending his wedding.

Before divorcing in 2011, Tina and Matthew Knowles had been married for 31 years.