We all love Shakira — her beautiful blond hair, her natural look and flawless complexion — but it seems that there is one person who is not so fond of Shakira: her ex!

Shakira’s ex-boyfriend, Antonio de la Rúa, has been very greedy lately. The pair have been engaged in a legal battle as de la Rúa has desperately tried to gain access to the Colombian singer’s Swiss bank account, claiming that she owes him the sum of $100 million. 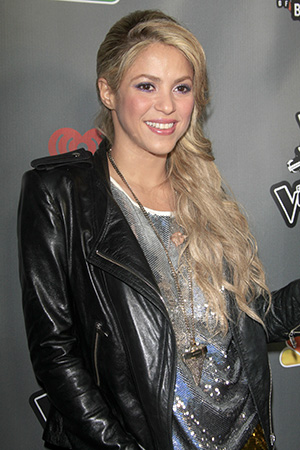 De la Rúa has insisted he should receive a share of Shakira’s fortune — claiming that during their 10-year relationship, he was not just her boyfriend but also her longtime business manager.

Shakira has denied these allegations, and it seems that the law agrees with her. A judge in Geneva, Switzerland, has recently dismissed claims that her assets should be frozen, due to the insufficient evidence that de la Rúa had supplied to the court and the fact that he had no written agreement with Shakira.

So what does the singing sensation have to say about all of this? She has presented new documents to the court that include emails between herself and de la Rúa, the son of former Argentine president Fernando de la Rúa.

Shakira is confident that the emails indicate that her ex has no claim to her fortune.

An email sent by de la Rúa states, “I am not a partner in any of your companies. You are the sole owner of all of them.”

Moving on to better things, the 36-year-old singer has the support and love of her new boyfriend — soccer player Gerard Piqué — and her baby boy Milan. That should make her forget about this nastiness.

However, the ongoing legal battle — which already spans Europe, Los Angeles, New York and the Bahamas — is not over yet, and Shakira is due back in court again at the end of July.

Shakira’s “Hips Don’t Lie,” but it seems that her ex-boyfriend does!