Paula Deen’s troubles continue, and it looks like she has more problems than just losing sponsors. The FBI announced it has arrested a man who allegedly tried to extort hundreds of thousands from the Food Network host. 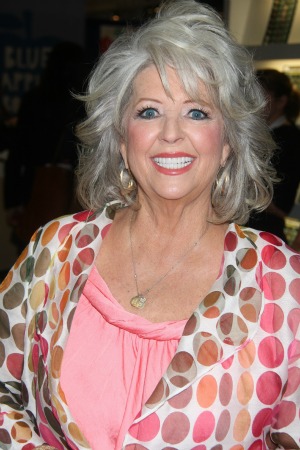 A man has been arrested in an alleged extortion attempt against former Food Network host Paula Deen, apparently related to the scandal she is currently in the middle of.

The FBI announced Friday it has arrested 62-year-old Thomas Paculis of Newfield, New York. Paculis previously lived in Deen’s home state of Georgia, although it’s not clear how they know each other or if they’ve ever met.

The fallout continues: Paula Deen parts with her agent >>

According to NBC, Paculis sent Deen a letter asking for a payment of $250,000. If he didn’t get the money, he said he would release “true and damning” information to the media about Deen.

The criminal complaint was filed in federal court on June 24, just days after the current scandal involving Deen began. A former employee is suing the host, claiming she was sexually harassed and discriminated against, and the fallout began because of statements Deen made in the deposition in that lawsuit.

The foodie admitted to using the N-word in her deposition, but she said, “It’s been a very long time,” according to USA Today.

Paculis allegedly wrote an email to Deen’s lawyer asking for the money in return for his silence.

“I am about to go public with statements refuting your clients statements about using the ‘N’ word in her business practices at Lady and Son’s,” the email said, according to USA Today. “There is a price for such information.”

Deen’s lawyer contacted the FBI, who worked with him to talk with Paculis and eventually negotiate Paculis down to $200,000. The criminal complaint said Paculis provided documents that he claimed “would damage your client in so many ways that it would sink your ship before it left the dock.”

When showed photographs of Paculis, Deen said she did not recognize him or his name. Since the scandal broke in mid-June, Deen has not only lost her job on the Food Network but has lost numerous sponsors as well.

Paculis is due in court on July 16.