Paula Deen parted ways with her longtime agent, Barry Weiner, who made her a Food Network star. The TV chef continues to watch her empire crumble. 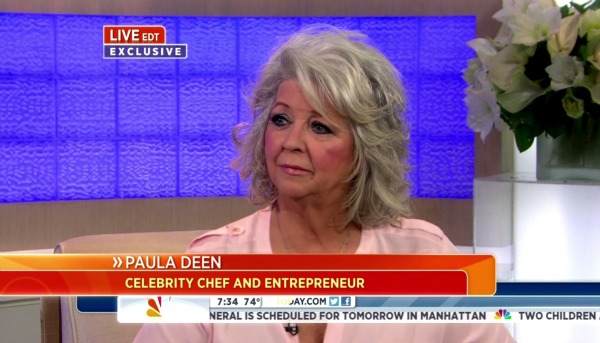 It’s been a rough few weeks for Paula Deen‘s empire after her deposition was made public and she admitted to using the N-word in the past. On Friday, there was one more dent in the former Food Network star’s armor: Deen and her longtime agent, Barry Weiner, have parted ways.

The chef had been partnered with Weiner for more than a decade. He was an integral part of her career and he played a huge role in getting her first show, Paula’s Home Cooking, on the cable channel in 2002.

On Thursday, she released a statement through her spokeswoman, Elana Weiss.

She stated, “Paula Deen has separated from her agent. She and her family thank him for the tireless effort and dedication over the many years.”

There was no official reason for the separation nor was it revealed whether it was a mutual decision. This is the latest blow for Deen, who has seen much of her endorsement money and partnerships dissolve during the last two weeks.

Besides the Food Network refusing to renew her contract, retailers like Target and Wal-Mart have dropped her products and Ballantine Books yanked her publishing deal even though her next cookbook was due out this fall.

There has been no announcement from Deen as to whether she will sign with a new agent or perhaps lay low while the controversy blows over. The TV personality had spoken fondly of her agent in the past, so this is likely a difficult transition for her.

In her book Paula Deen: It Ain’t All About the Cookin’, she talked about her nickname for Weiner.

She wrote, “Barry is affectionately known in my family as Barry Cuda. Perfect name for an agent.”

It was TV producer Gordon Elliott who introduced her to Weiner. Together, they made Deen a star.