Netflix knows what’s up when it comes to original programming. The streaming service picked up Arrested Development after fans demanded its return for years and FOX turned its head. House of Cards was a creepy political smash hit. So its no surprise that Netflix’s new original series, Orange Is the New Black, is amazing. 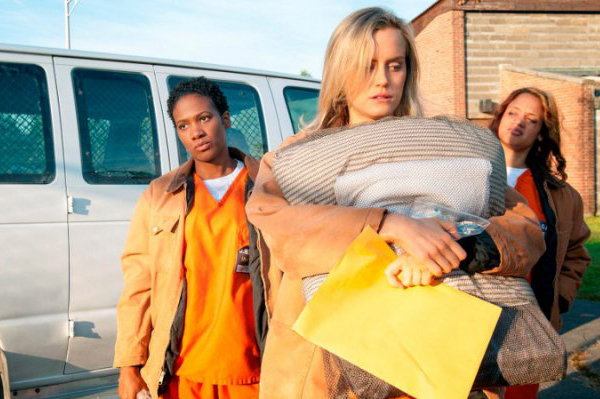 The show doesn’t premiere on Netflix until July 11, but critics who have screened the new series are posting rave reviews. The Hollywood Reporter, The New Yorker and IndieWire.com have all praised the new series, with the last calling it Netflix’s “strongest original series to date.”

The show isn’t just about the main character, Piper Chapman, as she struggles to adapt to prison life during her 15-month sentence for money laundering. It’s also about the women she’s locked in with, their strife and what landed them in the slammer to begin with.

It’s not all serious

Orange Is the New Black isn’t just a drama — it has a light, humorous side too. With the inclusion of comedic cast members like Jason Biggs of American Pie fame, it’s bound to be a hoot with heart.

It’s based on real-life events

The series is based on Piper Kerman’s memoir Orange Is the New Black: My Year in a Women’s Prison. The writer really was locked up for money laundering, and the series’ stories are based on her real-life accounts.

Even though Season 1 hasn’t premiered yet, Netflix is so confident about Orange Is the New Black‘s prospects for success that it has already confirmed a second season.

The series shows that not all people in prison are bad. Some people are victims of circumstance. Plus, it cracks stereotypes like those about, um, personal prisoner encounters.

They might be in prison, but the characters in Orange Is the New Black aren’t dummies. They’re smart, warm women whose lives have turned in an undesirable direction.

Unlike most prison shows, which are about maximum-security prisons, this one has the main character land in a minimum-security facility. Therefore, violence is also at a minimum. The show focuses more on character development than on violent action.

Since it’s based on a memoir, there’s little room for misrepresentation. Critics have revered the show as being an accurate portrayal of life in a minimum-security women’s prison.

Jason Biggs and Taylor Schilling bring the star power to the series. Biggs — who has starred in many comedic roles including Loser, Saving Silverman, the American Pie saga and more — meets the dramatic side of Schilling, who is famous for her work in Atlas Shrugged: Part 1 and Argo. Plus, there are many new stars-to-be who are sure to break out from this series.

Large to small: Film stars who have successfully made the jump to TV
Kick-butt shows to watch this summer
Major drama on Major Crimes: The inside scoop