The View needs to replace the exiting Joy Behar at the Hot Topics table. Rumors are rampant that Jenny McCarthy is in talks to join the show in the fall. 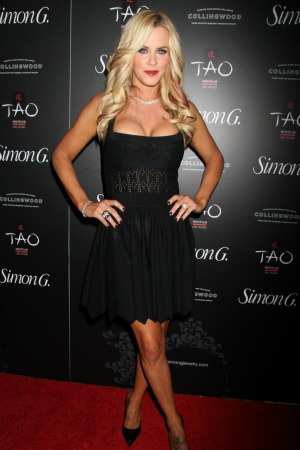 With Joy Behar leaving The View in August, the empty spot at the Hot Topics table needs to be filled soon. Rumors in the past have included Brooke Shields and comedian Kathy Griffin, but Us Weekly is reporting that Jenny McCarthy might be sitting with the ladies in the fall.

A source told the entertainment magazine, “She is in talks right now. The cast and crew get a kick out of Jenny, she’s a good fit.”

McCarthy is no stranger to the ABC daytime show. She has guest hosted many times during the years, so the former Playboy Bunny is familiar with the format and her co-hosts.

During the past several years, the 40-year-old has dabbled in hosting, from reporting from Times Square for Dick Clark’s New Year’s Rockin’ Eve special to her own VH1 chatfest, The Jenny McCarthy Show.

The cable show received a seven-show pickup after its initial airing, but the viewers didn’t seem to catch on to the late-night show. It has not been cancelled by VH1 yet, but it is unlikely that it will be renewed for next season.

The source shared, “Her show isn’t quite working out so she’s open to it [joining The View].”

While McCarthy would be replacing Behar, there is no word yet on who will be replacing Barbara Walters when she retires in 2014. Those are some big shoes to fill, given the legendary broadcaster’s career.