Mick Jagger is a legendary performer with expensive hair after an anonymous bidder paid approximately $6,000 for the rocker’s locks at an auction Wednesday. 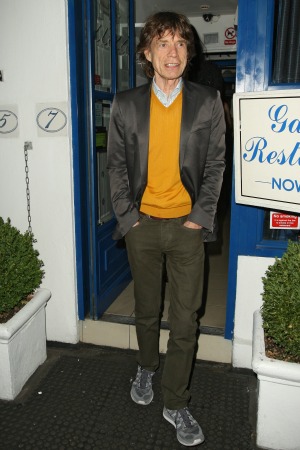 Would you pay $6,000 for a lock of hair from your favorite musician? That’s exactly what one anonymous buyer did on Wednesday at the auction house Bonhams in London when he or she bought Mick Jagger‘s hair.

The item was put up for auction by the rocker’s ex-girlfriend Chrissie Shrimpton. The couple dated decades ago when The Rolling Stones‘ lead singer was a student at the London School of Economics.

Shrimpton, whose sister is the iconic ’60s model Jean Shrimpton, began dating Jagger when she was 17 years old. According to People, they met at a blues club.

For some reason, she saved a lock of his hair all of these years and decided to auction it off for charity. The $6,000 proceeds will benefit Changing Faces, which, according to its website, helps “people and families who are living with conditions, marks or scars that affect their appearance.”

The auction winner will also receive the envelope the locks were kept in through the years. The envelope was marked “Mick Jagger’s hair after being washed and trimmed by Chris at Rose Hill Farm.”

The pre-sale estimate for the legendary singer’s brunette hair was around $3,000, so the auction item was a hot one on the block.

Other items that were up for auction included a guitar owned by Led Zeppelin’s Jimmy Page and a set of handwritten lyrics for “The Jean Genie” by David Bowie.

The Stones are finishing up their 50 & Counting tour in London July 13.