Britney Spears is in the studio recording a new album (!!) — and it’s her most personal work yet! 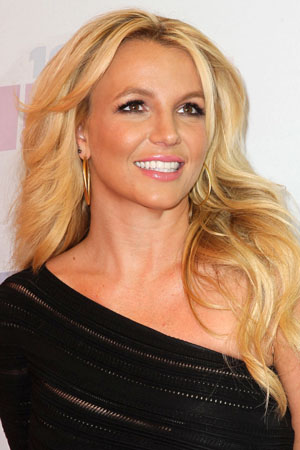 Think back to 2007: Britney Spears was in the midst of an ultra-public meltdown, complete with head shaving, barefoot gas station runs and British accents. Did you ever think Britney Spears would get to where she is today?

Britney Spears has babies on the brain >>

Most of us didn’t.

But Britney is back to being the same sweet, talented woman we got to know back in the late ’90s — and she’s back to doing what she does best: making music!

“Really excited 2 give u a taste of my new album…can’t wait 2 share what I’ve been working on,” the former X Factor judge tweeted July 3. “Going to be my most personal album ever.”

Does that mean she’ll address her past troubles, along with the breakup of her engagement to Jason Trawick? We don’t know, but the singer added that she’s feeling “a lot of pressure” to live up to fans’ expectations.

“It’s definitely at the beginning stages right now,” the 31-year-old told Ryan Seacrest in June. “But I want to definitely take this album and have a new approach with it and make it a little different than anything I’ve ever done.”

We’re expecting the new album to have a lot of dance-pop tunes like her current single, “Ooh La La,” but just how confessional will she be on other songs? We’ll believe it when we hear it — especially because Spears is known for being ultra shy and guarded about her personal feelings and life.

“Sometimes I think I get kind of lonely because you don’t open the gate up that much, you know I mean?’ she said in a 2008 MTV interview. “You’re guarded. You have to be that way, so I’m kind of stuck in this place and it’s like: How do you deal? And you just cope, and that’s what I do. I just cope with it, every day.”

Let’s hope she’s figured out how to channel that into her music — we can’t wait to see what personal things she reveals on this album!