Since announcing the news of both her pregnancy and engagement in June, 34-year-old Jennifer Love Hewitt has decided to deactivate her Twitter account because of negativity from other users.

Jennifer Love Hewitt is expecting a baby with her Client List co-star and fiancé Brian Hallisay and is the latest in the increasing list of celebrities who are saying goodbye to their Twitter accounts. 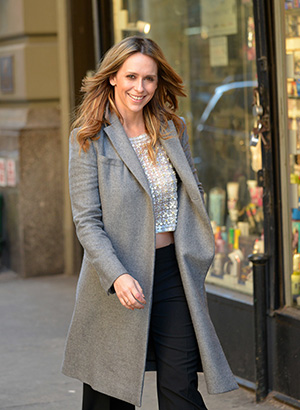 The mom-to-be mentioned that she would be suspending her account because of criticism she has been receiving. In a series of tweets, she went on to say, “Unfortunately with all the negativity people choose to send on twitter as well as threats to their (sic) own well being. I am sad to say twitter is no longer for me.”

She continued her messages by saying, “Life should be filled with positivity and holding each other up, not making threats and sending bad vibes. To those of you who have made it a joy, Thank you from the bottom of my heart.”

The result of deactivating her account will mean that her more than 600,000 Twitter followers will be left without first-hand accounts and juicy updates of what is happening in the star’s life and during her pregnancy, of which she is now in the second trimester.

With a wedding on the way and a baby due in November, Hewitt wants to keep things positive in her life, and with everything she has to look forward to right now, we don’t blame her for wanting to eliminate the “bad vibes.”

The message that she is sending to the world is a positive one: encouraging people to use social media platforms to spread love and not hate. We hope Hewitt enjoys her break away from Twitter to celebrate the important things in life with her baby daddy.