Amanda Seyfried is no longer a little girl — and she is proving this by tackling the upcoming film Lovelace, in which she portrays notorious 1970s adult movie star Linda Boreman aka Linda Lovelace.

Related story Was Amanda Seyfried Smart to Hire Her Mom as Nanny? 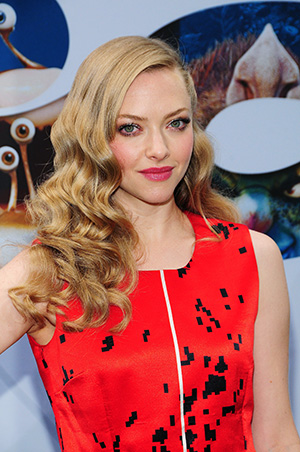 reportedly been turned down by other actresses — for the upcoming film Lovelace.

Linda Lovelace’s fame can be attributed to her scandalous role in the 1972 film Deep Throat, which Seyfried described to ABC News as her character’s “escape from her husband.”

The movie portrays Lovelace’s innocent youth and the turbulent events that followed, leading her to become one of pornography’s most notorious stars.

It is most certainly going to be something different! The eagerly anticipated film is set to be released in August but the trailer is already enticing audiences worldwide.

But it’s not all serious because the cast includes celeb hotties like James Franco, Adam Brody and even Sarah Jessica Parker, who is rumoured to have wound up on the cutting room floor!