Turbo, an underdog snail voiced by actor Ryan Reynolds, turns into a supercharged racing machine after a freak accident. He makes fast friends with a group of tricked-out racing snails in this 3D animated film that is a kid’s answer to the ever popular Fast & Furious. 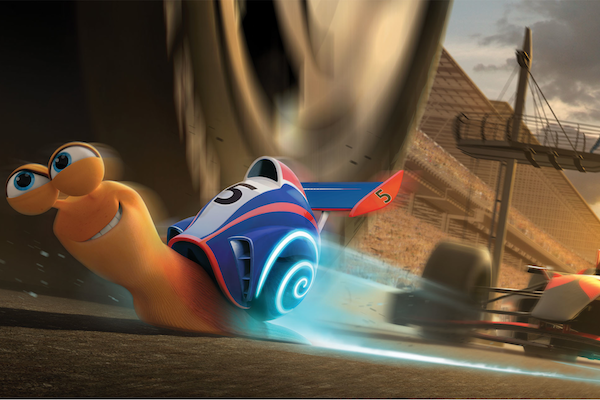 2 Stars: Perfect for kids under age 10

Turbo (Ryan Reynolds) has a need for speed. Discontent with traveling at a snail’s pace, he longs to feel the wind in his face and hear the sound of his own “engine” rev. One night, Turbo accidentally gets stuck to the hood of a sports car during a street race in the Los Angeles River. He finds himself inside the car’s air intake valve, and soon discovers that something about the nitrous oxide fumes causes him to become a high-speed racing machine.

With the help of taco peddler Tito (Michael Pena), Turbo meets some new streetwise snails that include Whiplash (Samuel L. Jackson), Smoove Move (Snoop Dogg) and Burn (Maya Rudolph). This gang of mollusks decides to help Turbo fulfill his dream of racing in the Indy 500. 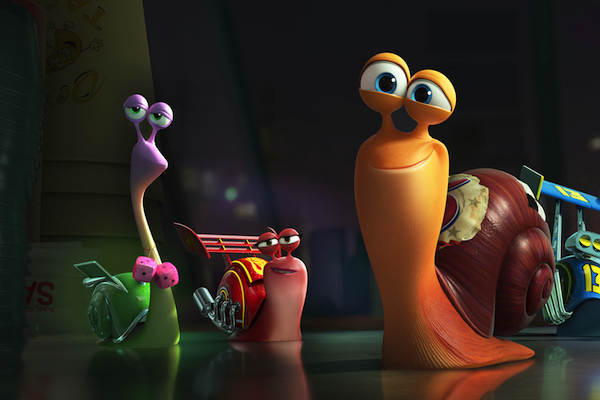 Meanwhile, Turbo’s idol, the French-Canadian race car driver named Guy Gagné (Bill Hader), graciously agrees to allow Turbo to race in the Indy 500. Turbo is thrilled by Guy’s good sportsmanship, but little does he know that Guy has a secret plan to steal Turbo’s publicity for himself and possibly squash Turbo on the asphalt.

While the concept for Turbo as a modern-day The Tortoise and the Hare story is a clever take on Aesop’s famous fable, the film never really reaches the speed and fervor Turbo the snail claims to love. Instead, the story is predictable and too little seems to be at stake to provide swift entertainment. 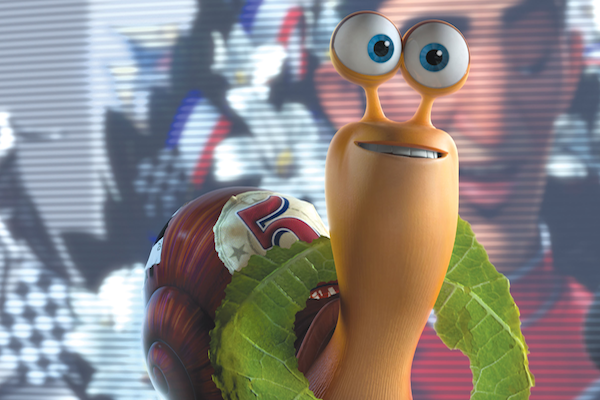 Bill Hader as Guy brings the most fun to the story with his booming voice and French accent. While having Samuel L. Jackson, Snoop Dogg and Maya Rudolph voice the supporting characters sounds like one “shell” of an idea, the script offers little comedy for these escargots to explore.

Bottom line: Little children will no doubt enjoy Turbo, but your older kids will probably like Despicable Me 2 a lot more.