Three months ago, the rumor mills were buzzing with stories of Eva Longoria dating one of her Ready for Love contestants. While they weren’t dating back then, it looks like the rumors brought the two together. 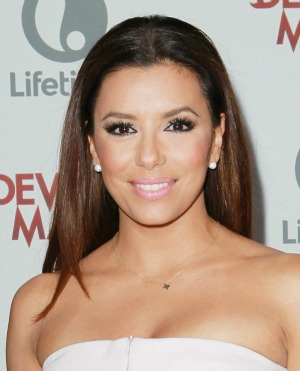 Back in April, it was being reported that Eva Longoria was dating Ready for Love contestant Ernesto Arguello. At the time, Longoria denied the rumors and it looks like she was telling the truth.

But all the talk about the romance may have helped the two start a real relationship. Longoria confirmed to People magazine that the two are now an item.

“I think that’s why our relationship is so special — we truly started as friends,” Longoria told the magazine.

Arguello is a Miami-based entrepreneur who ended up on the reality show Longoria was producing. The two met on the show, but Arguello began dating his pick, former Miss USA Shandi Finnessey (the two reportedly broke up in 2012).

But Longoria and Arguello’s new romance isn’t by chance. The actress (jokingly) credited the media’s meddling for opening her eyes.

“I guess we have the press to thank for pushing us to see something we didn’t see!” Longoria told People.

The actress has a lot of things in her life to be happy about right now. She received her master’s degree from California State in May and recently returned from a trip to Nicaragua, where she met Arguello’s family.

“Eva and Ernesto are a perfect match,” a source told People. “They both speak Spanish, have the same religion and the same cultural background.”

The couple also reportedly visited a school Arguello built in the community he once called home, with both he and Longoria passionate about philanthropy.

“Their friendship and their similar philanthropic interests laid the foundation for their new romance,” the source added to the magazine. “They’re very much in love.”

Longoria is also staying busy in the world of Hollywood. She just finished shooting Frontera with Ed Harris, a film about a sheriff who hunts down an illegal alien who killed his wife.