Rapper 50 Cent is in big trouble after allegedly kicking the mother of his child and ransacking her apartment. Could he be looking at prison time? 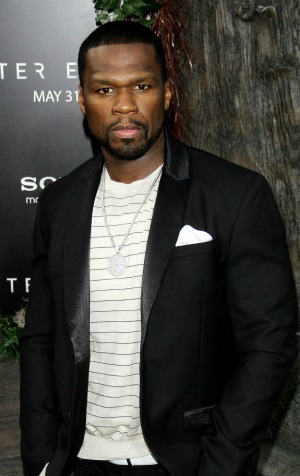 Rapper 50 Cent is facing five charges after allegedly kicking a woman and causing damage to her condo last month in Los Angeles.

The rapper has kept a fairly low profile lately, but the new charges are bringing him back into the spotlight, and not in a good way. 50 Cent, real name Curtis Jackson, is facing one count of domestic violence and four counts of vandalism, according to CNN.

Jackson’s accuser is not only his ex-girlfriend, but the mother of his child.

“The female had previously been in a three-year relationship with Jackson and they have a child in common,” Los Angeles city attorney Mike Feuer said.

Reeva Steenkamp was to give “abusive relationships” speech >>

Feuer told CNN that LA police were called to the woman’s home in Toluca Lake on June 23 for a report of domestic violence where a woman was injured.

“During an argument, Jackson allegedly began destroying the female’s property,” Feuer said. “Allegedly when the female locked herself in her bedroom, Jackson kicked open the bedroom door and kicked her, causing an injury.”

Police found $7,100 in damage to the woman’s condo, including broken chandeliers, furniture, a TV and a lamp. Feuer said it was reported that Jackson also ransacked the place and threw clothing everywhere.

50 Cent was not at the condo when police arrived.

“Regardless of perceived celebrity or notoriety, domestic violence is a serious crime, and alleged perpetrators will be prosecuted to the fullest extent of the law by this office,” Feuer told CNN. “We will continue to look out for the safety of all victims of domestic violence and seek justice for the alleged crimes.”

Despite TMZ’s best attempts, 50 Cent has not yet commented on the charges.