Is Ashlee Simpson dating Diana Ross’ son? It appears that way after the paparazzi catch them holding hands at a Hollywood hot spot. 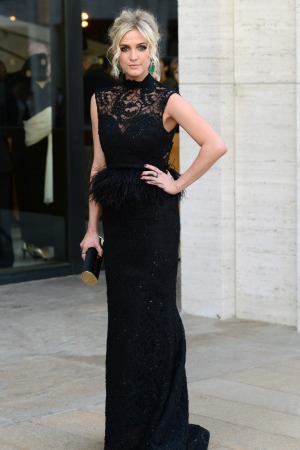 There is a new couple alert in Hollywood this holiday week. It’s Ashlee Simpson and Diana Ross’ son Evan. The duo have been hitting a few L.A. hot spots this week raising eyebrows that the two are possibly dating.

On Monday, Simpson and the 24-year-old Ross were spotted leaving the Sunset Marquis Hotel in West Hollywood holding hands. The paparazzi captured their exit, but the two did not acknowledge the cameras.

After hitting the Sunset Strip, they headed to Teddy’s at the Roosevelt Hotel in Hollywood. A source told People magazine that Simpson hit the dance floor and “showed off some sexy moves for Ross to Whitney Houston’s ‘I Wanna Dance With Somebody.'”

This isn’t the first time the couple have been seen together. The rumors first began when they were in Cabo, Mexico about two weeks ago. Neither of them have confirmed the relationship though, so they are keeping everyone guessing.

The 28-year-old singer’s last relationship was with Boardwalk Empire star Vincent Piazza, but they broke up in November after dating for a year and a half. Not much is known about Ross’ prior love life since he has kept a low profile until now, but he is a regular on the club scene in L.A.

Fighting for Bronx: Is Ashlee Simpson out of control? >>

Wentz talked about their relationship to Andy Cohen on Bravo’s Watch What Happens Live in April.

He shared, “We get along really well when it comes to our kid now.”

The “Boyfriend” singer also has a new nephew to add to her growing extended family. With big sis’ new son, Ace, and a blossoming romance with Ross, it’s going to be a busy summer for Simpson.