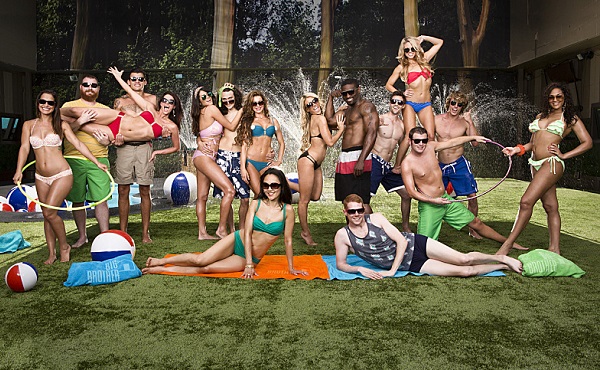 One handful of Big Brother contestants ought to be thanking their lucky stars that viewers aren’t in charge of voting them out. Quite a few of the contestants have been caught on the Big Brother late night CBS.com live feed letting rip with their hate for various housemates and their word choices have included racist and homophobic remarks. Not cool, guys. Not cool at all.

Speaking of racism: You know about the Paula Deen suit, right? >>

RealityBlurred.com has been keeping track of the contestants’ offenses. We won’t link or add the incredibly offensive clips that fans of the show have added to YouTube, but the vast majority of these remarks are searchable. However, here’s just a sampling of what late night viewers have been privy to lately:

-Spencer has been attacked by multiple housemates, including Amanda, who called him “F*****y Anne” and Andy, who referred to him as “Kermit the f**.”

-Not that Spencer is an innocent lamb. He recently went on a tangent defending Hitler’s medical torture.

-Helen, who is Asian, has also fallen victim to the housemates’ raging cases of racism. GinaMarie, when referring to Helen, said she “should be kissing our a** and serving us some f***ing rice.” Another time, Aaryn told Helen to “Shut up. Go make some f***ing rice.”

-Aaryn let some racist comments loose, as well. While talking about Candice, Aaryn warned, “be careful what you say in the dark; you might not be able to see that b****.”

…and don’t even get us started on how many of the guys in the house have talked about women. If there’s an awful nickname for a woman, they’ve used it to refer to their female housemates. Jeremy even waxed un-poetic with some disturbing ramblings about his supposed encounter with Kaitlin’s lady parts.

As for CBS’ feeling on the issue? They released the following statement:

“Big Brother is a reality show about watching a group of people who have no privacy 24/7 — and seeing every moment of their lives,” a rep for CBS said in a statement.“ At times, the houseguests reveal prejudices and other beliefs that we do not condone. We certainly find the statements made by several of the houseguests on the live Internet feed to be offensive.

Any views or opinions expressed in personal commentary by a houseguest appearing on Big Brother, either on any live feed from the House or during the broadcast, are those of the individual(s) speaking and do not represent the views or opinions of CBS or the producers of the program.”

All-in-all, it looks like CBS has once again picked the cream-of-the-crop for their housemates. Could they find a more offensive sampling of Americans? We hope not. This definitely tops our list of most shocking Big Brother moments, though!

We promise our newsletter isn’t offensive! Sign up and see for yourself >>