Kim Kardashian and Kanye West might keep baby North West out of the public eye after all. 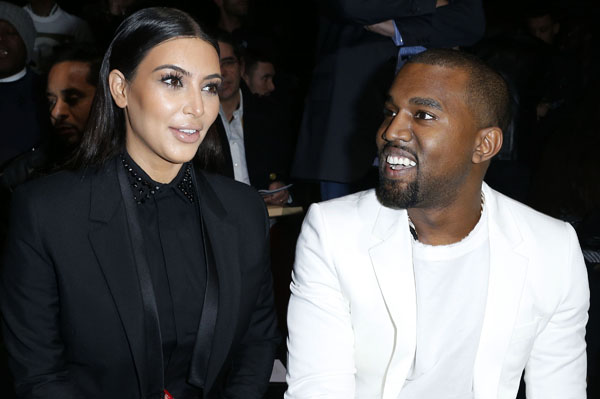 It’s been over two weeks since Kim Kardashian gave birth to her first child with boyfriend Kanye West. We’re all dying to get the first glimpse of baby North West, but it sounds like we might be waiting a while — like forever.

According to US Weekly, the couple just turned down an Australian magazine’s $3 million offer for baby Nori’s first pictures. Also off the table? An appearance on grandma Kris Jenner‘s new talk show. There were rumors that Jenner planned to use the baby, but sources told TMZ last week that that’s not going to happen, either.

Has Kardashian really turned over a new leaf? Sources say she’s a “new person” since becoming a mom and that West has really changed her mind about showing off her baby to the world. After all, he hasn’t been shy about expressing his disgust over the whole celebrity car wash.

“I just don’t want to talk to America about my family,” he told The New York Times in June while promoting his new album, Yeezus. “Like, this is my baby. This isn’t America’s baby.”

The couple might be holding out for a bigger payday — the longer they wait to show North, the more people want to see her. The plan may backfire, though, paparazzi are already foaming at the mouth to get the first baby photo and they probably won’t stop until they get what they want. Why would a couple that claims to want privacy put themselves through that?

We think Kim knows exactly what she’s doing and she’s just punking us (again) by threatening to keep baby North out of the public eye completely. She’s a pro at the publicity game.

Do you think Kim Kardashian and Kanye West will sell pictures of baby North West, or will they keep her private? Sound off!