Miley Cyrus has changed a lot since her Hannah Montana days, and it looks like she has some unlikely friends on her side to help her become the woman she wants to be. 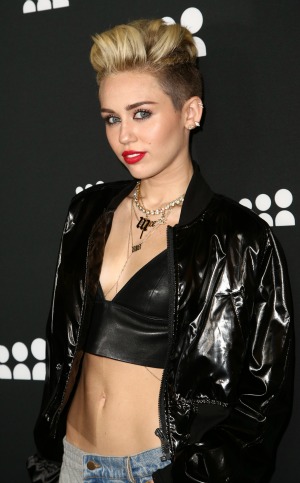 Miley Cyrus has been through many changes in the last few years. She became a legal adult, got engaged and cut (most of) her hair off. But it looks like she may finally be finding out who she really is.

The singer has been working on her new album for a while, and it looks like this time her musical direction taught her a lot about herself. In an interview with Billboard.com, Cyrus said “on the inside” she considers herself just like Lil’ Kim.

“In my past life, I feel like that was me,” she told the website about the female rapper.

Kim isn’t the only star in the rap world that Cyrus looks up to though. The singer said she has great respect for Nicki Minaj, who is one of her biggest influences. At one point, she even called herself a “white Nicki Minaj.”

The 20-year-old has changed a lot from the country music household she grew up in, but she still feels she has a lot of that past in her. Cyrus’ dad, Billy Ray, was an important artist in the 1990s country music scene, and Dolly Parton is her godmother. She still lists the country singer as one of her biggest influences.

“Her music, I think, represents my whole childhood,” she said.

The singer is also getting support from an unlikely source, in the form of rapper Snoop Lion. The two recently collaborated on a song together, but it looks like they became closer than anyone realized. Lion recently told E! News that he is helping her adjust to her new life as a grown-up.

“She’s definitely doing her thing. She’s finding her way, stepping off into womanhood,” the rapper said. “That’s something that women have to go through. I’m supporting her and I’m down with her as her friend.”

Cyrus’ new single “We Can’t Stop” is available now. As for that wedding planning, hopefully it will be back at full force once the album is finally released.