Kanye West has found an unlikely ally in rock-and-roll legend Lou Reed. And he doesn’t have nice things to say about Taylor Swift either. 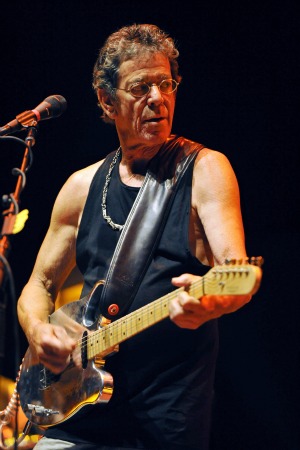 No matter what you think of Kanye West, his music has made him what he is in the music industry. He has found himself an unlikely fan in Velvet Underground’s Lou Reed.

Reed posted on The Talkhouse, a website that says its goal is to promote dialogue between musicians, and it appears West’s new album Yeezus is one of Reed’s new favorites.

The rock-and-roller seems to have found some kinship in the rapper, saying that West “obviously can hear that all styles are the same, somewhere deep in their heart, there’s a connection.”

Reed is inspired by West’s seeming understanding that music, of all kinds, shares a bond.

“It’s all the same,” Reed said. “It’s all music — that’s what makes him great. If you like sound, listen to what he’s giving you. Majestic and inspiring.”

The 71-year-old singer also seems to relate with West’s hatred of celebrity and the media, and can hear it on the track “I Am God.”

“It’s not like a James Brown scream — it’s a real scream of terror,” he explains. “It makes my hair stand on end. He knows they could turn on him in two seconds. By ‘they’ I mean the public, the fickle audience. He could kill Taylor Swift and it would all be over.”

Reed’s review goes back to his own life. He talked about his own music in the eye of music critics, and how that relates to what West is saying. According to the New York Times, the singer is still upset over a review of the Velvet Underground’s 1975 album Metal Machine Music.

“I have never thought of music as a challenge. You always figure, the audience is at least as smart as you are,” he explained. “You do this because you like it, you think what you’re making is beautiful.”

Yeezus shot to the top of the charts in its first week out, selling 327,000 copies, and Reed seems to be one of West’s biggest fans.

“The guy really, really, really is talented,” he said. “He’s really trying to raise the bar. No one’s near doing what he’s doing, it’s not even on the same planet.”

West has not yet responded to the favorable review by the music legend.