Is it ever cool to date your friend’s ex? We say no, but someone might want to tell that to Riley Keough. 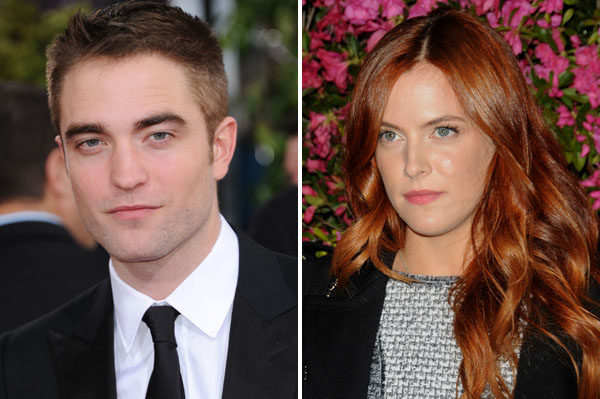 Well, this is awkward: Robert Pattinson has been spotted out with a new woman — and she just so happens to be ex-girlfriend Kristen Stewart‘s friend.

Pattinson, 27, and actress Riley Keough have been photographed out and about in Los Angeles. Of course, this could just be an innocent friendly outing, but nothing is innocent in Hollywood — and sources confirm that RPatz is dating the Magic Mike star.

“They’re inseparable,” a source close to the Twilight actor told the U.K. Daily Mail. “Rob loves the fact that Riley is Elvis’s granddaughter — that’s true Rock’n’Roll royalty in his eyes.”

OK, we LOLed at this (probably made-up) quote, but they do have a history together: Keough was Stewart’s co-star in The Runaways, and they all formed a friendship.

“Riley was always Kristen’s friend dating back from their time filming The Runaways, but recently Rob and Riley have been spending much more time together since meeting through their Dior modeling connection, and Riley has stayed over at Rob’s Los Feliz apartment,” the source continued to the Mail.

Ouch, though: Stewart and Keough are still pals — they were most recently seen together at the Twilight star’s April birthday party. Shouldn’t a friend’s ex be off-limits?

“It’s OK for friends to date other friends’ exes after enough time has passed for it to not still be raw and hurtful,” says Carole Lieberman, M.D., psychiatrist and author of Bad Girls: Why Men Love Them & How Good Girls Can Learn Their Secrets.

That’s definitely not the case here. The pair only broke up in May — and Dr. Lieberman says it might be a way for RPatz to get back at his ex for cheating last year.

“If Robert is dating Riley, it’s because she’s made him feel ‘safe’ with her, in other words, given him to believe that she would never cheat on him,” she says. “But, it is also an added plus for Rob that he knows this will get under Kristen’s skin. He’s still hurt and angry at Kristen for betraying and humiliating him.”

These tit-for-tat games never turn out well. Just say “no” to dating your ex’s friends!

Is it ever OK to date a friend’s ex? Sound off below!