All three Dark Knight films were box office smash hits, but it looks like Justice League may be going in a different direction with their Batman. The Dark Knight himself, Christian Bale, opened up about the new franchise. 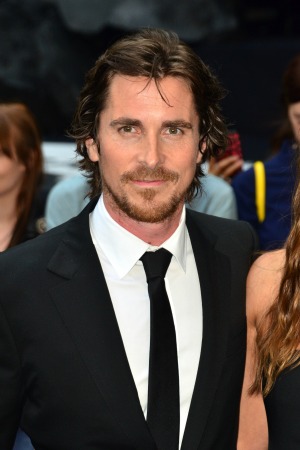 Christian Bale is done with Batman. Fans everywhere had hoped that the actor would be reprising his Dark Knight character in the upcoming Justice League movie, but he closed the door to those possibilities.

“We were incredibly fortunate to get to make three [Batman films],” he told Entertainment Weekly in an interview. “That’s enough. Let’s not get greedy.”

Bale said he wasn’t asked to be a part of the Justice League, a film that is reportedly in the works now.

“I have no information, no knowledge about anything,” the actor says. “I’ve literally not had a conversation with a living soul. I understand that they may be making a Justice League movie, that’s it.”

But he said he is proud of the three Dark Knight films, and that Christopher Nolan wanted to give each film the amount of time and energy they deserved.

“Chris always said he wanted to make it one film at a time. And we ended up sitting there looking at each other saying, ‘We’re about to make the third,'” Bale said. “We never really knew if we were going to get to be there, but if that was how it was going to be, this was where it should end as well.”

Justice League is being super secretive about any progress, but would reportedly have Henry Cavill reprising his Man of Steel role as Superman. Other characters are still up in the air, but it’s also possible they may take Robin from the last Dark Knight film (although it’s possible the sidekick may be getting his own stand-alone film sometime soon as well).

However, fans shouldn’t worry that Bale’s comments mean Justice League will be without a Batman. The actor said he would be okay if they chose someone else for the part.

“It’s a torch that should be handed from one actor to another,” he said. “So I enjoy looking forward to what somebody else will come up with.”

Justice League is considered direct competition to The Avengers, and the film is expected to come out in 2015, around the same time as The Avengers 2.