Kristin Cavallari had a magical honeymoon to Italy with her new husband, Jay Cutler. She shared a few of the blissful pictures with her followers on Instagram.

The honeymoon is over, but that’s not stopping newlywed Kristin Cavallari from sharing photos of her trip to Italy after her June wedding. The 26-year-old and her new hubby, NFL star Jay Cutler, look like they had a romantic vacation filled with rest and relaxation. 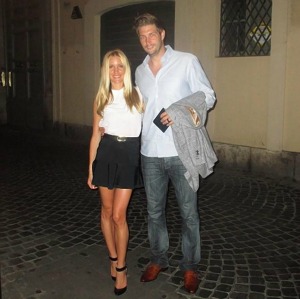 On Sunday, the former reality star shared a few of those vacation photos on Instagram with her followers.

The first photo was of the striking couple on a walk after dinner. Cavallari is dressed in a short, black mini showcasing her tanned and toned legs. Cutler had on his dark-wash jeans with a button down shirt and a gray sport coat casually draped over his left arm.

The caption of that photo stated simply, “Honeymoon.”

The second photo didn’t even need a caption. It was a lovely photo of the couple kissing while on the water. The former Hills star was wearing a hat to keep the sun off of her face while the Chicago Bears player had a blue-striped towel around his waist. 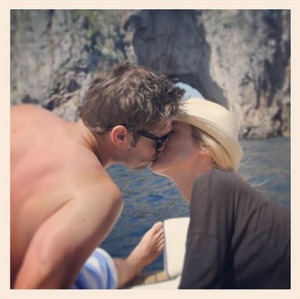 Upon her return to the U.S., Cavallari wrote on Twitter, “Just had the most amazing 2 weeks in Italy! My jeans are tight so u know it was a success.”

The mom to son Camden Jack was probably happy to be back with her baby boy after such a blissful vacation. The couple has put all of their past troubles behind them after an on-again, off-again relationship.

As Cavallari told People after her wedding, “We were both just like, ‘I can’t believe we did it!’ Especially Jay, because he’s never worn a ring before. It’s going to take some getting used to.”

It looks like after their Italian adventure, the family is officially ready for their new journey.