Charlotte Brosnan was just two years younger than her mom was when she lost her life to the same disease in 1991. 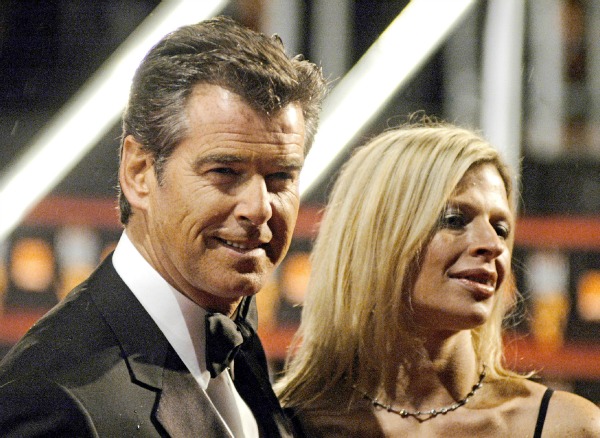 Pierce Brosnan is grieving the loss of his daughter after her death last Friday from ovarian cancer. According to Reuters, Charlotte Brosnan had battled the disease for three years before it took her life at the age of 41.

“On June 28 my darling daughter Charlotte Emily passed on to eternal life, having succumbed to ovarian cancer,” Brosnan said in a statement. “She was surrounded by her husband Alex, children Isabella and Lucas and brothers Christopher and Sean.”

Past James Bond Boys who make us swoon >>

Charlotte Brosnan’s mother, Cassandra Harris, lost her life to the same disease in 1991 at the age of 43.

“Charlotte fought her cancer with grace and humanity, courage and dignity. Our hearts are heavy with the loss of our beautiful dear girl,” Brosnan said. “We pray for her and that the cure for this wretched disease will be close at hand soon.”

Charlotte became the stepdaughter of Brosnan when her mom was married to him in 1980. She was adopted by the actor, along with her brother Christopher, after their father died in 1986. Charlotte and Christopher took Brosnan’s last name, and he and Harris eventually had one more son together.

Ten years after Harris died, Brosnan married Keely Shaye Smith in 2001 and had two more children with her.

Pierce Brosnan may be best known for his portrayal of James Bond, as the fifth actor to take over the role of the secret agent. He played the character for almost 10 years before handing the reins over to Daniel Craig. Charlotte also ventured into the acting world, playing a few parts in the 1990s, including a guest part on NYPD Blue.

Charlotte Brosnan’s death shines a light on ovarian cancer, and is also resonant of Angelina Jolie’s recent decision to undergo a preventative double mastectomy after she discovered she carried a gene that could increase her risk for breast or ovarian cancer. Jolie’s mom Marcheline Bertrand died of the same disease at the age of 56.