Jack Black is helping produce a new web series to air on Yahoo later this year, and is on his way to Comic-Con to show it off. 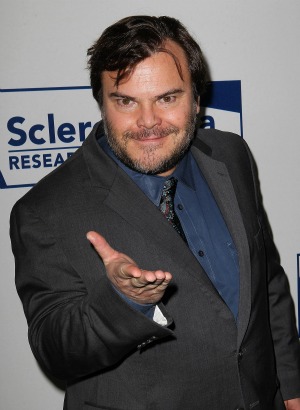 It has been eight years since Jack Black last appeared at Comic-Con, but he is finally headed back. Last time the actor was there, he was promoting his film King Kong. This time, it will be for his new show, Ghost Ghirls.

Black will be appearing at the festival on July 18, and is bringing with him an episode of the new series. The show is not like others though. This one will be airing exclusively on Yahoo. The web-only series will be a part of Yahoo’s new fall comedy lineup, according to The Hollywood Reporter.

“We heard that Comic-Con is haunted,” Black said to THR. “Never fear, the Ghost Ghirls are on the way!”

Black’s appearance at the festival will be as part of a panel, which will also include co-stars and co-creators Amanda Lund and Maria Blasucci, director and creator Jeremy Konner and vice-president and head-of-video for Yahoo, Erin McPherson.

“Ghost Ghirls is the funniest idea for a TV show that we’ve seen since I’ve been in the business,” Black said.

Ghost Ghirls will follow Lund and Blasucci, who work as paranormal investigators solving ghostly cases. It’s not yet clear how large a part Black will have, but his production company, Electric Dynamite, has signed on to produce. Twelve episodes have already been shot, with each expected to be around 10 minutes long.

“We’re excited about dipping our toe into the Internet world,” Black said while talking about the new show at Cannes. “The show is about two really hilarious, beautiful girls who have a talent for contacting the other side. It’s kind of a Ghostbusters for the new generation.”

Other actors who have already signed on to guest star include Dave Grohl, Val Kilmer, Jake Johnson, Molly Shannon and Jason Schwartzman.

Besides producing a new series, Black has been staying busy. He is also currently working on Kung Fu Panda 3, and will also be premiering his Festival Supreme along with Tenacious D bandmate Kyle Glass in October.