I Give it a Year tackles love in the real world. What do you do once the honeymoon phase is over? SheKnows has an exclusive clip that begs that same question. 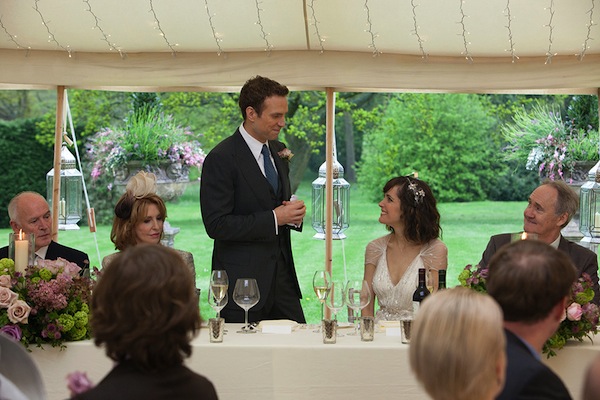 Can true love really conquer all? In this summer’s I Give it a Year, that theory’s put to the test. Rose Byrne and Rafe Spall play an unlikely couple whose relationship is put through the wringer.

Byrne’s Nat is ambitious and worldly, while Spall’s Josh is a struggling novelist. He’s a passive thinker, but Nat’s all about action. She has much more fun doing than saying. Despite their obvious differences, they have a spark. The chemistry between them is undeniable.

Common problems in the first year of marriage >>

Nat and Josh’s wedding is amazing, but no one thinks their happiness will last. Their closest family and friends just aren’t convinced. It also doesn’t help that Josh’s ex-girlfriend Chloe (Anna Faris) is in the mix, as well as Nat’s very attractive male client, Guy (Simon Baker).


In this scene, Nat, Chloe and a very vocal Naomi (Minnie Driver) discuss the highs and lows of marriage. Nat’s not sure how she feels about being with the same man for the rest of her life. Naomi’s been with her husband for years and offers some harsh advice. It’s a brutally honest conversation that’s only lightened by Chloe’s awkwardness

I Give it a Year is directed and written by Dan Mazer. The film co-stars Stephen Merchant, Jason Flemyng, Tim Key and Olivia Coleman.

I Give it a Year is currently available on VOD and opens in theaters Aug. 9.