Co-founder of SheKnows and former Executive Editor Nancy J. Price has one more title to add to her resume: author. For those of you who loved Audrey Niffenegger’s The Time Traveler’s Wife and Time and Again by Jack Finney — or loved Quantum Leap, then you’re bound to enjoy Price’s very first novel Dream of Time. SheKnows had the opportunity to chat with Price about the historical-romance-meets-time-travel novel. 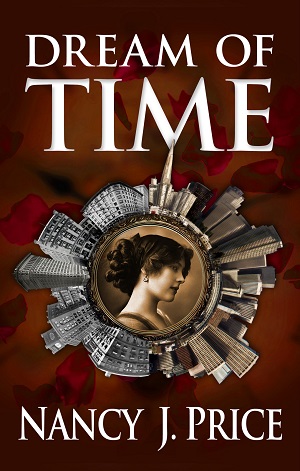 SheKnows: Once the Executive Editor for SheKnows, having written hundreds, if not thousands of articles, why did you decide to take the leap and write a novel? Has this always been something you’ve wanted to do?

Nancy J. Price: A friend and I started a Web company in 1998 — and launched SheKnows.com in 1999 — all so we could be creative and productive while working for ourselves. By 2001, I had four kids and she had three, so the work-at-home business model really was the only one that made sense.

Clearly, things grew — and grew and grew — and around the time the company brought on the 50th employee, I knew I needed a change. While I was so proud of what SheKnows had become, I missed the simplicity of the old days, so in late 2011, I struck out on my own and launched a couple websites.

Writing a novel — particularly one with a time-travel theme — had been my dream for a long time, and now that my kids are older, it finally seemed like the right time to try. (Little did I know how hard it was still going to be!)

SK: In Dream of Time, a woman ends up time traveling into San Francisco’s past and living two lives — a woman in the modern day and as a proper young lady at the turn of the century. It’s so intriguing! How did this concept come about? What inspired you to write a novel about this?

NP: I was hugely into the Little House on the Prairie novels when I was in third grade, and remember daydreaming what it would be like to introduce Laura Ingalls to modern advances like television and airplanes. In many ways, I think the idea was planted back then, because ever since, I’ve been fascinated by the concept of time travel. Framing even the most mundane present-day concepts in terms of the past really gives a new perspective on things!

I chose the year 1900 because it was was the end of the Victorian age, the cusp of a new century — and smack in the middle of an era of tremendous change. The telephone, household electricity and automobiles were gaining traction, and the invention of the airplane was just a few years away.

As for the locale, well, I’m originally from the San Francisco Bay Area, and come from a long line of Californians, so there are a lot of personal connections to the area.

SK: This novel combines elements of historical romance, science fiction, time travel, mystery and crime. How much time did you spend researching to ensure everything was accurate? What was the process like?

NP: The details were very important to me because I wanted to bring as much color and clarity to the past as possible. I wanted to live and breathe the year 1900, so I spent literally hundreds of hours researching — reading old newspapers, city directories, magazines and books; looking at maps and photographs and film reels; listening to music and audio interviews, and visiting museums. I even tried recipes from the turn of the century, and bought a few vintage items to have something tangible.

I live in Arizona now, so there were also three trips up to San Francisco to visit the city, where I walked the streets where Jennie lived and went to places both she and her modern-day counterpart visited.

Finally, every night before I fell asleep, I would see the city and its people in my mind, until eventually those thoughts felt almost like a memory.

SK: Were you inspired by other time-traveling type books? If so, which?

NP: Time travel is my favorite genre, so I tend to re-read my favorites. My entry point was probably Time at the Top by Edward Ormondroyd, which was published in 1963, but I discovered in the early 1980s. Inspiration also came from Time and Again and From Time to Time by Jack Finney, The Outlander Series by Diana Gabaldon, Audrey Niffenegger’s The Time Traveler’s Wife — and I loved 11/22/63 by Stephen King.

SK: In what ways is your life similar to Robin’s?

NP: There’s a lot of myself in Robin — much more than I intended, actually. She and I are both fairly introverted, Web-savvy information hounds who like to be creative and self-sufficient, but who consider our kids to be at the very center of our lives.

I especially relate to her struggling to balance motherhood and a very busy — and often intense — life. (I put in several years as a single mom, so really do understand the challenges.)

SK: Talk to us about the love story (or stories). Are readers in for one in each of Robin’s lives?

NP: Robin’s persona in the Then, Jennie, meets a guy named Travis (who I named after one of my favorite bands). He’s pretty amazing, but not glowingly perfect. That’s because even though the whole time travel premise is in the realm of science fiction, I tried to maintain a healthy degree of realism throughout, including in terms of how that romance resolves.

To say too much more might involve spoilers, but expect a few romantic tangents in the next books.

SK: What do you hope readers ultimately get from Dream of Time?

NP: I’m a great believer in the value of entertainment — both for its own sake and because of all the ways ideas and information enlighten while they amuse. In particular, I see the story as one that underlines the value of challenging preconceived notions.

Ultimately, though, what readers will take away from Dream of Time will depend on who they already are. Historical fiction buffs should enjoy immersing themselves in a time gone by, romantic souls are likely to connect with Jennie and Travis, and several moms have told me that they really related to the pull of a second world — but one that worked in tandem with their existing lives.

SK: Are you planning on writing a sequel?

NP: There is absolutely a plan for a series — that much I knew even before I got very far in this book. Robin has many, many adventures ahead of her. I’m already dreaming about them!

SK: Tell us: What novels are on your summer reading list?

NP: Three of many I have queued up:

SK: Tweet us a blurb of your novel (in 140 characters or less, of course!)

NP: What if you suddenly woke up in San Francisco… in the year 1900? Time travel, history, love, mystery — and a woman in the middle of it all.

NP: Dream of Time is available now in both paperback and ebook formats, and at DreamOfTime.com, you can find out more about the book, see bonus features, and even get a peek at Robin’s journal!

If you like Dream of Time, then you’ll love: 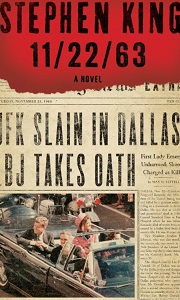 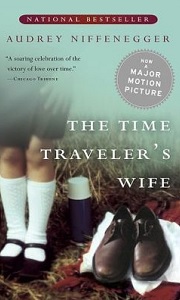 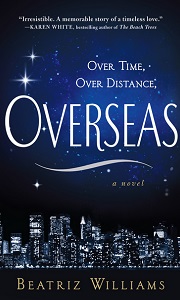