For the past 11 years, Fred Armisen has been an important part of Saturday Night Live. But he has decided to focus on other projects, and finally announced he will (officially) not be returning. 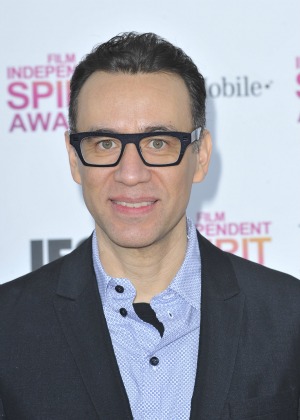 After over a decade on Saturday Night Live, and what seemed like a proper farewell, it was assumed that Fred Armisen was signing off of the show. But it wasn’t until now that the actor confirmed his departure.

Armisen’s last skit on the season finale of SNL had him dressed up as rock star Ian Rubbish, and he was joined by Aimee Mann and his Portlandia co-star Carrie Brownstein. The performance seemed like a fitting farewell for Armisen, and it was generally assumed he wouldn’t be coming back. But he finally made it official in an interview with Splitsider.

“I think it’s clear,” Armisen said. “I didn’t do any kind of official announcement, but I really felt like it was obvious. An ending that was a love letter to all the music I grew up with, and also to my friends and to SNL and to Lorne and to the cast. There was a lot of emotion attached to it, but it was a very positive emotion.”

Bill Hader also left the show at the end of the season on May 18, but announced the departure before the last episode aired, even if only by a few days.

Armisen is the second longest-running cast member, behind only Seth Meyers. He has been on Saturday Night Live for 11 years. Meyers is also expected to leave the show at the end of next season, when he takes over Late Night from Jimmy Fallon.

SNL also lost Kristen Wiig and Andy Samberg at the end of last season, leaving the show with a cast of many newcomers, a trend that seems to happen every few years.

Armisen said he felt it was just time to leave, but his show Portlandia was also an important part of his decision.

“Portlandia started to pull me away more and more, schedule-wise, and I just felt like it’d be nice to focus on it a little more and go into the fall a bit more with shooting,” he said. “So it was because of that. And also it was just a feeling.”