Cirque du Soleil suffers tragedy as a performer dies from a fall during a performance in Las Vegas on Saturday night. 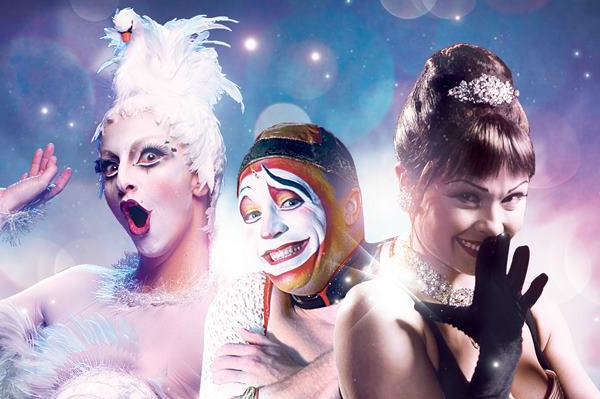 Cirque du Soleil suffered a tragedy on Saturday when a performer fell to her death during a performance of “Ka” in Las Vegas. The artist, Sarah Guyard-Guillot, was pronounced dead at 11:43 p.m. Saturday at University Medical Center after falling 50 feet during the show.

Behind the scenes of Cirque du Soleil >>

Guyard-Guillot was born in Paris and was the mother of two children. She was a graduate of Annie Fratellini’s Académie Fratellini and had been performing as an acrobat for more than 22 years. Hers is the first reported death caused by an accident onstage in Cirque‘s 30-year history.

MGM Resorts International, artistic and business partner to Cirque in Las Vegas, issued a statement about the tragedy:

“Our company is deeply saddened by the loss of one of the talented ‘Ka’ artists Saturday night. The thoughts and prayers of our employees are with the performer’s family, the cast of ‘Ka’ and the entire Cirque family during this difficult time.”

Audience members reported that the accident occurred during the latter part of the show on Saturday night. Guyard-Guillot and other artists were suspended by wires from the show’s vertical stage in the show’s closing scene. As she rose to the top of the stage, she reportedly slipped free from her safety cable and fell to the unseen concrete pit below the performers. During the show, performers wear harnesses that are attached to safety cables and all are designed to keep them in position while they are onstage. Guyard-Guillot was apparently still in her harness when she fell.

One eyewitness told the Las Vega Sun of the horror of witnessing the event.

“Initially, a lot of people in the audience thought it was part of the [show],” visitor Dan Mosqueda said. “But you could hear screaming, then groaning, and we could hear a female artist crying from the stage.”

Unaware of what had happened at first, the show continued momentarily before it was stopped. Then an announcement came over the sound system and informed audience members that refunds or vouchers would be offered to future shows.

“I am heartbroken. I wish to extend my sincerest sympathies to the family. We are all completely devastated,” Laliberte said. “We are reminded with great humility and respect how extraordinary our artists are each and every night. Our focus now is to support each other as a family.”

Currently, Cirque officials and authorities are working together to investigate the accident and the Clark County Coroner’s Office is expected to rule on the official cause of death.