It’s Monday morning and you’re doing your best to switch from summer fun with friends and family on the weekend to work. Blek. YouTube and Facebook are calling your name. We’ve saved you a little time by bringing a recap of the weekend’s newest videos. We’re just here to help. 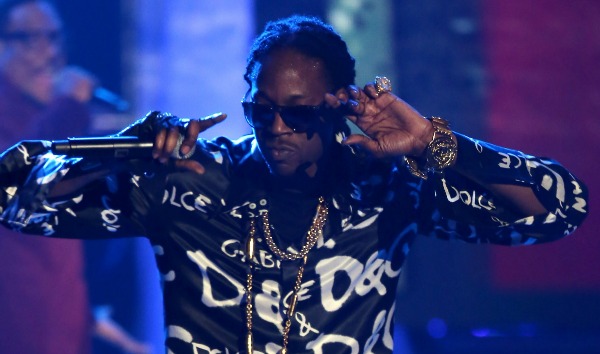 The video for “Feds Watching,” From 2 Chainz’s sophomore effort, B.O.A.T.S. II: Me Time, premiered Sunday night after the BET Awards. While you may want to dismiss this video for its lack of substance, it would appear that 2 Chainz trumped the NSA Surveillance Program headlines with a song about wanting to be “fresh as hell” if the Feds are watching. Sure, 2 Chainz goes on and on about his designer duds and how his philosophy is that women are “b******” and “hos,” but the rapper is being commended for using dark-skinned black women in the video as opposed to fairer-skinned black women, which has become a controversial industry standard when it comes to rap videos. Behold:

Keep up on all award show news — subscribe to our newsletter >>

What else would we expect from one of this generation’s greatest artists other than brutal honesty and grit? Writers are told to “write what you know” and that’s advice that P!nk has taken to heart — or Carey Hart — in her “True Love” video. We’re used to seeing the rock star rage onstage, with other dancers and in the mirror, but we’re not used to seeing her do it at hubby Carey Hart. In this video, P!nk comes at us with a disturbingly candid view of her marriage that nearly every woman can relate to. “You’re an a**hole, but I love you.” Hart seems to be OK with P!nk’s assessment of him, as he willingly participates in the video.

We’re going to follow P!nk’s example and come at you with some brutal honestly: We wanted to not like this video because Nicki Minaj‘s emergence as a pop-culture icon is vexing to us. We don’t get it — but we have to grudgingly admit that Ciara and Minaj brought it home with this video. They managed to put out a club beat that actually does make us want to get out on the floor, as opposed to hurting ourselves (like most club anthems do). After reviewing rap videos all week that seem to degrade women, “I’m Out” has an oddly empowering message that tells us to move on with our fabulous selves after a breakup. We like this video enough to forgive these women for shamelessly turning a few minutes of this video into a Bentley for Men fragrance commercial.