In this episode of The Killing, titled “Eminent Domain,” Linden and Holder continue to follow the trail of the killer and come across a new suspect. Meanwhile, Linden discovers new information about the night when Seward’s wife was killed. 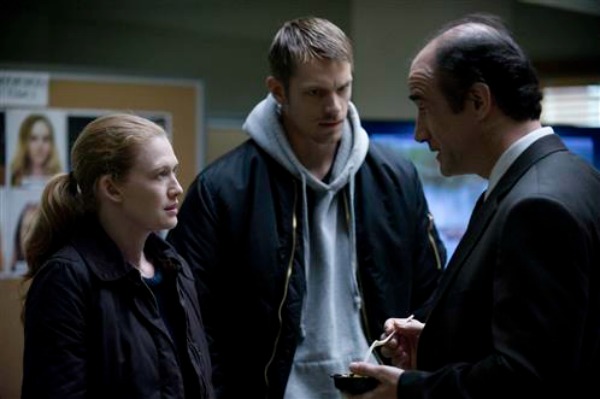 The other day, I was talking to some friends about The Killing, and one of them said that Peter Sarsgaard deserved many awards for his performance on this show. I couldn’t agree with that assessment more, especially after this week’s episode. Watching Seward as he quietly and kindly talked Alton (Little JJ) through his suicide was a moment I don’t think I’ll forget anytime soon. It was surreal and frightening while still being incredibly — dare I say it? — endearing. I also enjoyed all of the moments between Seward and his father. Obviously, seeing Alton kill himself made Seward want to seek some sort of comfort, but he certainly didn’t find that in his father.

Meanwhile, Holder (Joel Kinnaman) and Linden (Mireille Enos) tried questioning Angie about the man who had abducted her, but as much as Linden wanted a positive answer, the poor girl never agreed that the man was Mills. Linden, like an old dog with a bone, kept refusing to see any other possibilities until Skinner (Elias Koteas) had to basically scream at her to snap out of it.

Truthfully, I doubt that Skinner’s words would have had much of an effect on Linden had it not been for some very intriguing information that came their way. They found out that little Adrian made a habit of sleeping in his closet, and after a bit of investigating, they realized that the kid would have seen the killer. When Linden told Seward that she finally believed that he didn’t kill his wife, he screamed at her that it was too little, too late — seeing as he was going to die in 12 days, anyway.

Holder had been thinking that they were going about their search all wrong and realized that they needed to think more like the killer, not like the victims. When he did that, suddenly a whole new suspect came their way in the form of one Pastor Mike (Ben Cotton). Time will tell if he is indeed their killer or just another red herring in the case.

Holder telling Angie, “I got you.”

“He got the left one. What if someone wants to marry me? Do you think it matters?” — That made me whimper out loud. Poor kid.

“Skinner thought you could use some help.”
“Great, let us know when it gets here.”

Four-fifths of a what?? OK, that was officially the sickest joke I’ve ever heard. I can’t even believe Holder laughed at that.

“It’s a shame you didn’t think of giving us this information sooner.” — I loved that Linden called her out on putting her own daughter in danger.

Ray talking Alton through killing himself. That was sad and surreal and unbelievable.

“This job is not for human beings.” 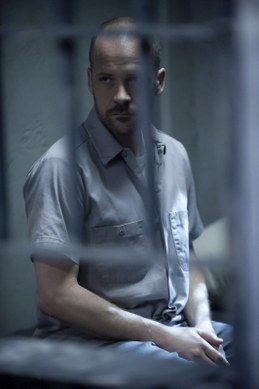 The screaming match between Skinner and Linden turning into desperate whispering.

Ray pointing out to the guard that he did help Alton. Sad to say, but I kind of agreed with him.

Ray’s dad telling him the story about how he knew Ray would fight when he was a baby.

Ray’s dad telling Ray that he was proud of him.

“Dying in a jumpsuit doesn’t make you a man.”

The way Ray’s whole demeanor changed when Linden said that Adrian saw the killer the night of the murder.

Ray telling Linden that he put the stars in the closet for Adrian.

Linden telling Ray that she knew he didn’t kill his wife — and the way that Ray in turn lost it and told her she was a little too late.

Everyone finding out that Angie had disappeared from the hospital. Oh boy.

Want to stay up-to-date on your favorite shows? Subscribe to the SheKnows newsletter! >>

What do you think of Pastor Mike as a new suspect?