It can be all too easy to forget why you’re celebrating when you’re sitting by a pool or having fun at a barbecue on the Fourth of July, but these five revolutionary reads will help you celebrate a meaningful Independence Day. 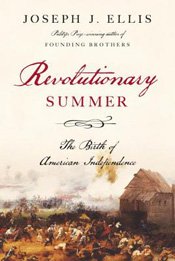 The summer of 1776 was a pivotal one for the United States of America. Before that period, it was uncertain whether the American colonists would actually attempt to break away from Great Britain, let alone what the result would be if they tried. In this nonfiction account of that fateful summer, renowned historian Joseph J. Ellis explores the people, conditions, and decisions that led to the colonies declaring their independence from the king and country. Ellis manages to capture a lot of information very clearly in a relatively short account, making this a perfect read for the Fourth of July weekend. 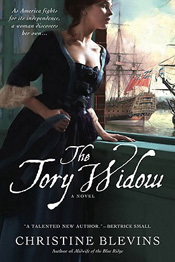 As the widow, Anne Merrick must try to make a living in New York amidst the turbulence of the struggle for independence. Initially, Anne attempts to provide for herself by continuing to operate her late husband’s printing press but, thanks to his well-known Tory leanings, the press is destroyed one frightening night. Determined not to let politics get in the way of a living, Anne instead opens an eatery she calls the Liberty Coffeehouse, where before long she begins to fall in love with Jack, her ever-present customer and a patriot, if there ever was one. 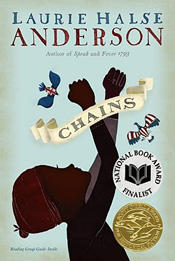 Laurie Halse Anderson’s young adult novel Chains tells the story of the American Revolution from a perspective often ignored — that of a young African-American slave girl. Isabel’s owner, Ms. Finch is dead, but Isabel is not worried about being sold, because she knows for certain that Ms. Finch freed Isabel and her sister Ruth in her will. When Ms. Finch’s nephew arrives, though, they discover that the lawyer who drew up Ms. Finch’s will has fled in front of the Revolution and Isabel finds herself not only sold, but renamed by her new loyalist owners, in whose household she finds herself pulled between the loyalist and patriot causes, and determined to do whatever it takes to earn her own freedom. 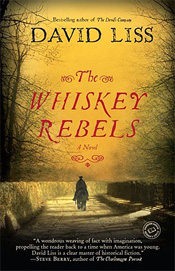 Ethan Saunders, disgraced veteran of the Revolutionary War, is about to be killed by the jealous husband of one of his conquests when he is rescued by a man he has never met before. There are moments after Saunders discovers who the man is — he is on business for the Bank of the United States and Alexander Hamilton (a man Saunders detests) — that he almost wishes the man had not saved him after all. Before long, Ethan is pulled into a world of finance and intrigue, a world in which this new country called America nearly collapses in on itself after a tax is imposed on how much whiskey one produces and a rebellion is fomented. 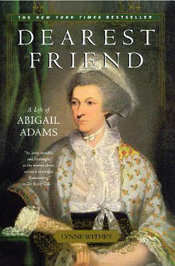 Every schoolchild learns about Betsy Ross, but one of the most influential women of the American Revolution was actually Abigail Adams, wife of John Adams. Although Abigail remained home with the couple’s children while John traveled the burgeoning country to work for independence, the two kept up an important correspondence, with Abigail famously imploring her husband to “remember the ladies” in the framing of the laws of the new country. Lynne Withey’s biography of Abigail, Dearest Friend, captures both the public and private sides of Abigail, as well as her friendships with Founding Fathers James Madison and Thomas Jefferson.