The BET Awards are about so much more than music, but it was the musical performances that brought the audience to its feet. Who were your favorites? 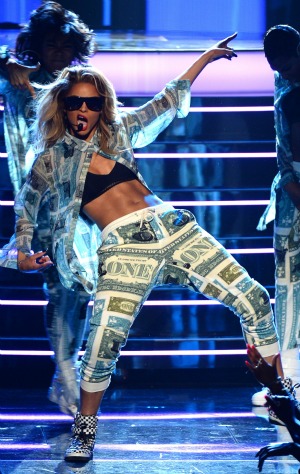 From new music to new classics, the 2013 BET Awards brought some great performances by some of the best musicians of today (and yesterday). Here are some of the highlights.

With an introduction by Justin Timberlake and performances by India.Arie, Jamie Foxx and Stevie Wonder, the tribute became one of the highlights of the evening. It got even better when Justin Timberlake talked Wilson into performing and the singer broke into “You Are.” Snoop Lion then came out on stage, and the two started singing the rapper’s song “Beautiful,” followed by a duet by Wilson and Timberlake. In the end, Wilson, Timberlake, Lion and Pharrell Williams were all out on stage.

This performance might have been one of the best of the night — if only it hadn’t sounded like a CD skipping. The songs were laced with so many profanities that it felt like every other word was bleeped out. But besides that fact, the two singers did what they do best. The strong, powerful woman is alive and well, and Ciara and Minaj showed how to do it with an amazing amount of sex appeal.

The singer’s performance made an impact because it was all about the music. Cole sat on a stool with spotlights focused on him. He had a microphone and nothing else. Even after he got off his stool and the song became more intense, it was still just him on the stage with very few distractions.

The mom of two came on stage looking at hot as she normally does, despite her weird, plastic-looking dress. Mariah Carey sang her song “#Beautiful” along with Miguel. The performance was a simple one. While most of the songs of the night included big productions, Carey’s song highlighted the music.

R. Kelly gave perhaps one of the most bizarre performances of the night. It began with singers in the audience, followed by Kelly breaking into a montage of numerous songs of his. From his jacket to the weird guest performers, R. Kelly showed he never does things the way other people do.