From music to movies, the BET Awards features the best in entertainment from BET. The 2013 show included a tribute to a legend, tons of performances and plenty of young people winning awards. 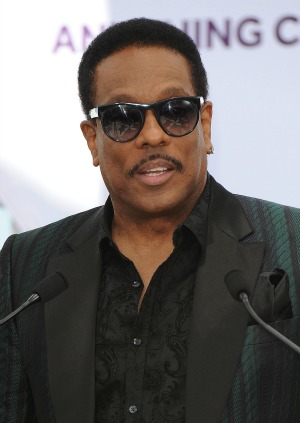 The BET Awards paid tribute to stars across all industries. From legends to young stars, and everything in between, 2013’s show ended up being an interesting night. Here were some of the most memorable moments.

Nelson Mandela has been in the hospital fighting for his life, and the BET Awards honored the former South African president Sunday night.

“We would like to offer prayers and support for Nelson Mandela and his family,” presenter Don Cheadle said.

Mandela was an important force for the end of apartheid in his country, and his death will be sad for people worldwide.

“His focus was South Africa, but he became a symbol for freedom and equality all over the world,” Cheadle continued.

One of the great things about the BET Awards is that it is about so much more than music. The awards show also celebrates actors and all areas of entertainment. Olympic gymnast Gabrielle Douglas won numerous awards at Sunday night’s ceremony, including the Youngstars Award.

“I am so glad I can use this popcorn to inspire,” she said. “Just never forget, don’t stop dreaming.”

Douglas was up for the award against singer Jacob Latimore and actors Keke Palmer, Jaden Smith and Quvenzhané Wallis.

Tucker broke into song during the BET Awards, but not just any song. Tucker started singing “Human Nature” by Michael Jackson, and he did a pretty amazing job. Even if it was unplanned, it may have been one of the best performances of the night.

Justin Timberlake introduced the tribute to legendary singer and The Gap Band member Charlie Wilson, the winner of the Lifetime Achievement Award.

“Charlie Wilson has really been an uncle to a new generation of artists,” Timberlake said.

India.Arie came on stage for the musical tribute to Wilson, singing a version of “There Goes My Baby.” She then gave the stage to Jamie Foxx, who sang The Gap Band’s “Yearning for Your Love.”

What may have been the best moment of the entire BET Awards came when Stevie Wonder was led out on stage to finish the tribute with The Gap Band’s “Burn Rubber (Why You Wanna Hurt Me?).”

The Miami Heat player was honored with the Humanitarian Award. Wade’s World Foundation, which is celebrating its 10th year, raises awareness about the importance of fatherhood. It also provides support, education and mentoring for fathers.