Chris Tucker is finally re-emerging after spending years out of the spotlight. With his unique personality, he added the perfect touch to the 2013 BET Awards. 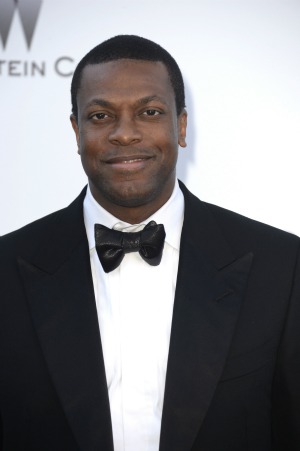 Chris Tucker ended up being the perfect host for the 2013 BET Awards. He was funny, but not cruel — informative, but not too serious.

Tucker’s monologue began with jokes about those in attendance — and some not in attendance. He told Miguel he would not be allowed to perform around an audience, alluding to Miguel’s kicking a fan in the face at a recent awards show. Tucker also made fun of his own financial troubles by saying he’d never again listen to Wesley Snipes (another actor who had his own financial troubles).

Tucker then faded into the background, as most hosts do, but he kept the BET Awards interesting the entire night.

One of the comedian’s most interesting moments of the night came when he broke into song, but not just any song. Tucker began singing Michael Jackson‘s “Human Nature,” and he did a pretty good imitation. Tucker and MJ were friends, and the song seemed to be an ode to the late star.

It seems Tucker attempted to improvise many of his jokes, and that was his only misstep of the night. At one point, he asked who was in the audience so he could say something about them. He couldn’t find anyone and seemed to run out of things to say.

He did a few impressions, and some of that comedy also fell flat. But it’s easy to overlook those mistakes when you consider the overall job he did to make the show what it was.

Tucker had largely disappeared from the public eye in recent years before showing up as a surprise character in Silver Linings Playbook. But the comedian was exactly what the BET Awards needed. He kept the energy up and the show together, but he didn’t steal attention away from the performers, nominees and winners.

After his performance, you can’t help but hope Tucker is due for a career rebound very soon.