More than a year after being involved in a bar brawl with Chris Brown, Drake is still upset, and he has reportedly decided to skip the BET Awards because Chris Brown is attending. 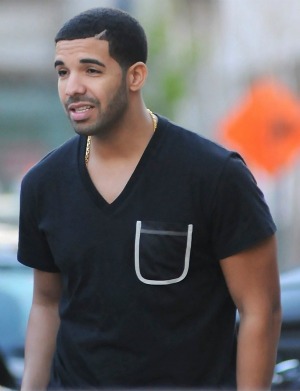 One of the highlights of the 2013 BET Awards is reportedly not even planning to show up. Drake, who is up for 12 awards at the show, has “mysteriously pulled out,” according to Radar Online.

“Everything is in flux,” a source told Radar. “The producers are all pulling their hair out.”

Drake would have been a big part of the award show, and with all his nominations, it seems like he is mostly competing against just himself in many of the categories.

It is still not clear whether Drake will in fact show up, but rumors are that if he does stay home, it will be because of Chris Brown. You might remember the two were involved in a very public nightclub brawl last year — reportedly over Rihanna, a woman neither of them is still dating.

Drake: Chris Brown “made me the enemy” >>

“The reason Drake isn’t [at the BET Awards] is 100 percent all about Chris Brown,” a source reportedly told HollywoodLife.com.

Whether or not Brown is the reason for his absence, Drake is obviously still thinking about the incident.

“I don’t want my name to be synonymous with that guy’s name. I really don’t,” he told GQ. “I wish we could sit down, just like you and me are right now, and talk it out man-to-man. But that’s not going to happen. I’m not confrontational, but if someone challenges, I’m not going to back down.”

But it’s possible Brown may be looking to move on from the feud just as much as Drake is.

“Chris doesn’t want to talk about Drake or anybody but himself, what he’s doing and keeping it positive,” another source told the website. “He left that stuff in last year — he’s… staying focused on the positive.”

11 Things you didn’t know about Drake >>