One loses everything. The other just loses his Twitter account. Why was Paula Deen ostracized while Alec Baldwin barely made waves? 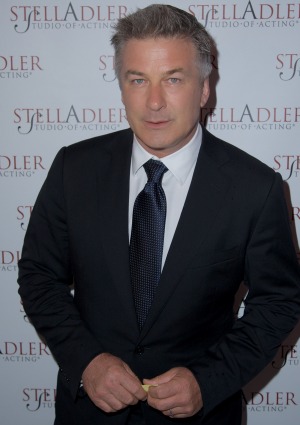 Does racism trump homophobia? Paula Deen has lost her empire after admitting to using racial slurs in the past, but Alec Baldwin is suffering zero consequences for using a gay slur against a reporter earlier this week.

Baldwin quickly deleted not only the offending tweets but his entire Twitter account after press picked up on the diatribe, but he issued the following apology just in case.

“My ill-advised attack on George Stark of the Daily Mail had absolutely nothing to do with issues of anyone’s sexual orientation,” he explained. “My anger was directed at Mr. Stark for blatantly lying and disseminating libelous information about my wife and her conduct at our friend’s funeral service. As someone who fights against homophobia, I apologize.”

He continued: “I have worked, periodically, with numerous marriage equality organizations, especially over the past couple of years, to achieve the very rights that gay couples are earning by recent court decisions. I would not advocate violence against someone for being gay and I hope that my friends at GLAAD and the gay community understand that my attack on Mr. Stark in no way was the result of homophobia.”

When you boil it down, it doesn’t sound so far removed from Paula Deen’s apology/explanation. So why is there such a huge public outcry against her but not the 30 Rock actor?

In short, it’s because we have come to expect it from him.

“His temper is almost seen as a part of his fun personality,” Kathy Armistead Olen of Atticus Brand Partners told Yahoo’s OMG.

That public perception — that biased comments are OK when they come from the mercurial performer — is helped along by organizations like GLAAD, which backed Baldwin by saying in a statement: “Alec Baldwin is making it clear that the intent behind his tweets does not excuse his language, especially at a time when there were 11 incidents of violence against gay men in New York City just last month. As we all work to end such senseless acts of violence, allies like Baldwin are right to use these moments to reinforce support for the community and LGBT equality.”

But that doesn’t mean he gets a free pass forever.

“If Capitol One were to check out the word on the street, and if it sees a huge negative public reaction [to Baldwin], they’ll totally dump him,” said another industry source.