There are 12 episodes left of Dexter until we say goodbye to the show, but there’s still so much we want to see. 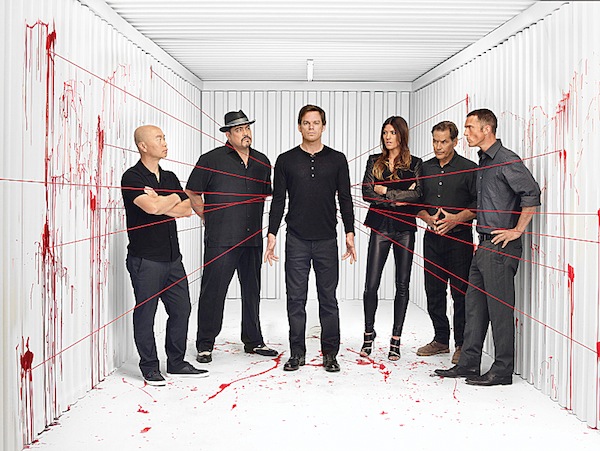 If the show Dexter was a serial killer, now would be the time it was tied up in the killing room, and Dexter would be hovering the knife over its chest. The end is near. We’re trying to accept it and come to terms with the fact that we’re about to lose our favorite serial killer. To help us cope, here are the top 5 things we want out of the final season:

Peace of mind for Deb

For all the seasons of Dexter, Deb (Jennifer Carpenter) has been hailed as the hero, the rock. She is the constant — potty mouth included — that keeps Dexter (Michael C. Hall) human. In Season 8, we’ll see her downward spiral, which threatens to throw off Dexter’s careful balance. As this is the final season, we have to believe Deb will return in all her shining glory by the end of the show. Things don’t look good, though.

The end of Dexter is near >>

Insight into Dexter’s past

According to rumors, we’re going to get it — especially more information about how Harry developed the code now that Dexter has stomped all over it. At the beginning of the new season, Dexter’s moral compass will definitely be skewed. He’ll get some help from his childhood psychologist (guest star Charlotte Rampling), but will it be enough to put him back on the right path of the code?

Will we get a glimpse of Harrison in his older years? We really want to know if he follows in his father’s footsteps or if the serial killer gene skipped him. Dexter had a vision of his son in his teen years in Season 7, playing basketball and in high school. Perhaps that dream will come to fruition with an extra little dose of the killer instinct. And will Dexter be there to guide him? Or will Harrison be visiting his father on death row?

Dexter is in hot water >>

Season 7 left Dexter in a lot of relationship turmoil. Not only is Deb struggling with possible feelings for her brother, Dexter’s girlfriend Hannah is accused of murder. Remember way back to the first season of Dexter? He didn’t even think he was capable of having a loving relationship. Of course, we have Rita to thank for changing all that, and now it’s time for Dexter to settle into something long-term again. He deserves it.

An end to the serial killer?

Dexter just wouldn’t be Dexter without his affinity for justice by knife but, as we’ve learned, serial killers aren’t keen on letting Dexter Saran-wrap them to a table. Dexter’s had a couple of close calls himself. Will he go on slashing people for the rest of his life? Yes, probably, but we hope that the craziness slows down a bit for him. All that killing has gotta be exhausting.

What other things would you like to see from Dexter‘s final season?