Following hot on the heels of Paula Deen’s public lampooning, Alec Baldwin has ignited his own media firestorm over a homophobic Twitter rant. Here are five incidents that suggest he merits the same shakedown as the cooking maven. 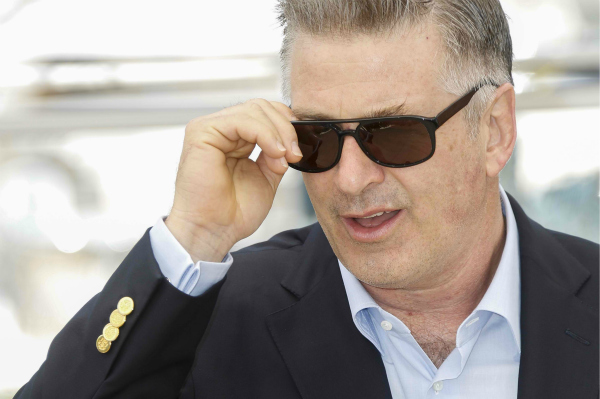 After a reporter for Britain’s Daily Mail claimed Baldwin’s wife, Hilaria Thomas, had been tweeting during James Gandolfini’s funeral, the 30 Rock star unleashed a homophobic — and, at times, violent — Twitter tirade. “I’d put my foot up your f*****g a**, George Stark, but I’m sure you’d dig it too much,” he spewed in one tweet, going on to call the reporter a “toxic little queen.”

Racist epithets aimed at a reporter

In February, Baldwin lost this cool when confronted by a New York Post reporter asking about a lawsuit filed by Hilaria. The volatile 55-year-old grabbed the reporter’s arm, threatening, “I want to choke you to death.” But wait, there’s more. Baldwin went on to single out a black staff reporter for the Post, allegedly (Baldwin refutes the claims) calling him a “coon,” “crackhead” and “drug dealer.”

Meltdown on the runway

When, in December, Baldwin boarded an American Airlines flight, he had pressing issues to deal with that required his cell phone — namely, a game of Words with Friends. When asked to turn his cell off for take-off, the actor refused. When pressed, he took his phone into the plane’s lavatory, slamming the door as he went in. On their Facebook page, the airline stated Baldwin was then “extremely rude to the crew, calling them inappropriate names and using offensive language” — getting him booted from the plane.

Rage against the paparazzi

According to the New York Daily News, a run-in last June with Baldwin escalated to violence. Marcus Santos, a photographer for the paper, claims that the actor pummeled him outside of the marriage license bureau Baldwin was picking up paperwork from. In Baldwin’s defense of himself on Twitter, he countered that the photographer almost hit him with the camera, adding the hashtag #allpaparazzishouldbewaterboarded. He also tweeted, “I suppose if the offending paparazzi was wearing a hoodie and I shot him, it would all blow over…”

The infamous diatribe against his daughter

The most talked-about of his offenses to date, Baldwin’s 2007 voice mail to then 11-year-old daughter Ireland continues to haunt the actor. In the diatribe — which occurred in the heat of his ugly divorce from Kim Basinger — Baldwin chides his daughter for “humiliating me for the last time with this phone” when she missed a planned phone call. He went on to accuse his daughter of being a “rude, thoughtless little pig,” who lacked “the brains or the decency as a human being.” Uh, pot… meet kettle.