Protecting the environment just got a little cooler. Sony Pictures is looking to bring Captain Planet and the Planeteers to the big screen. Quick, somebody call Don Cheadle! 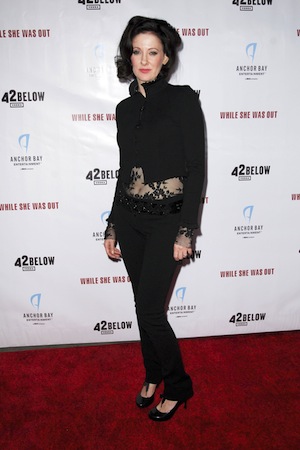 Over the years, the internet has toyed with the idea of making a Captain Planet movie. There have been a few fan films and even Don Cheadle played the title role in a Funny or Die sketch. But now the cartoon hero is getting a legitimate adaptation.

According to The Hollywood Reporter, Sony Pictures is trying to acquire the rights to the character that famously appeared in the ’90s animated series, Captain Planet and the Planeteers. It was produced by Turner Broadcasting and DIC Entertainment (Inspector Gadget and The Real Ghostbusters) and ran from 1990 to 1996.

Captain Planet and the Planeteers centered on five teenagers from various ethnic backgrounds. There was Wheeler from North America, Kwame from Africa, Linka from Eastern Europe, Gi from Asia and Ma-Ti from South America. They were given special rings by the Earth spirit, Gaia, that they’d use to protect the planet from evil polluters.

Each ring had a specific power: Wheeler’s manipulated fire, Kwame’s was Earth, Linka controlled the wind, Gi conjured water and Ma-Ti had heart. Whenever that wasn’t enough, they could combine their elements to summon Captain Planet. Their biggest villains were Dr. Blight, Verminous Skumm, Duke Nukem and Looten Plunder.

The live-action film will be produced by Mark Gordon, Don Murphy and Susan Montford (pictured). If you grew up in the ’90s, this will be a definite kick of nostalgia.

Do you think a Captain Planet movie is a good idea?