Johnny Depp is no stranger to musicals. The actor has sung on screen before and he’s about to do it again. Next year, he’ll star in the film adaptation of Into the Woods. 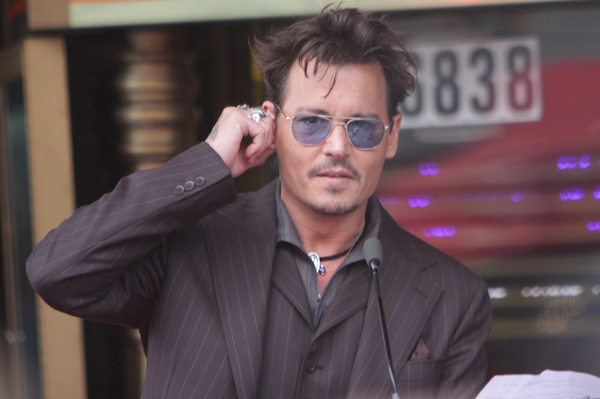 Johnny Depp is a rare breed. When it comes to movies, he can do it all. In his 30-year career, he’s had the opportunity to play every character under the sun. For his next project, he’ll return to the wonderful world of musicals with Into the Woods.

Into the Woods is a feature adaptation of the stage play of the same name. It debuted in 1986 with music and lyrics by Stephen Sondheim. The plot centers on several stories taken from various fairy tales, the primary ones being Little Red Riding Hood, Jack and the Beanstalk, Rapunzel and Cinderella.

Casting news: Johnny Depp to go Into the Woods >>

Depp recently told E! Online about his fierce new role. “I’m so excited to play the big bad Wolf. That kind of thing is sort of a dream come true.” You read that right, Depp is going to huff and puff and blow some houses down.

But all that hot air won’t go to waste, Depp will also burst into song. “The deal is, once again it’s Sondheim,” he explained, “who’s amazing, but when you’re not a crack vocalist, it’s quite complicated stuff that he writes.” The actor has been openly nervous about his musical chops.

Johnny Depp is 50: Reveals his philosophy on aging >>

Back in 2007, Depp headlined the big-screen version of Sweeney Todd: The Demon Barber of Fleet Street. It was a musical thriller also featuring tunes by Sondheim. There, we witnessed the actor’s blood-curdling screams on full display. Even though he’s not a classically trained vocalist, Sondheim had no problem with his casting.