If you didn’t get a chance to devour Laura Lamont’s Life in Pictures when it was first released (or even if you did) you should snap it up now that it’s available in paperback. The perfect poolside read, Emma Straub’s latest is our pick for the Red Hot Book of the Week.

Summer is officially here! The Fourth of July is just days away. And it’s time to stock up on your summer reads. We have just the riveting debut novel for you to dive into during the long weekend: Laura Lamont’s Life in Pictures by Emma Straub.

About Laura Lamont’s Life in Pictures 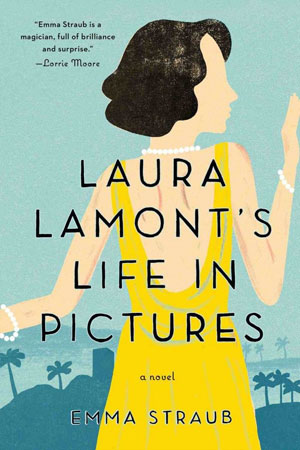 This is a fascinating story about a small-town girl who becomes a famous actress, and you’ll be immediately drawn in to this engaging novel. Laura Lamont is a famous actress gracing red carpets and filling the silver screen during Hollywood’s Golden Age. But she wasn’t always a star. There was a time when she was a regular person — a girl she’s spent her life running from.

Laura Lamont was born Elsa Emerson to parents who own a playhouse in Wisconsin. Elsa falls in love with the stage early on and performing soon becomes almost an addiction as she vies for the approval of not just the audience, but her father. When tragedy hits her family, Elsa gets married and takes off for better things in Los Angeles. There, she is discovered and a star is born. She’s made over to be a brunette and her name is changed to Laura Lamont.

But Laura quickly realizes that fame has its price. Through a series of failed marriages, she struggles to find the family she’s always longed for. She juggles her happiness, career and family, but knows that deep down, Elsa Emerson is still inside of her. And she can’t run from her forever.

Laura Lamont’s Life in Pictures, an incredibly well-researched novel by Emma Straub, is so convincing you’ll feel as if you’re living right smack in the middle of the Golden Age of Tinseltown. A dazzling debut, you’ll be thinking about the characters long after you’ve finished reading.

Read about Emma Straub’s sophomore novel, Other People We Married >>