On Thursday, Demi Lovato opened up to Good Morning America about the passing of her father. She also established a scholarship for treatment in his memory. 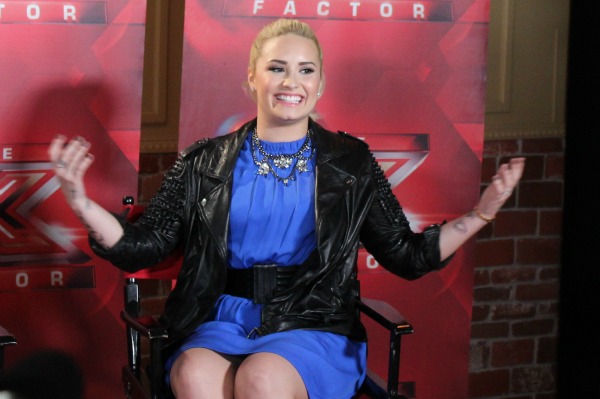 It’s been a rough few years for Demi Lovato. From her struggles with depression, body image and cutting, she has always been an open book. Now, the 20-year-old is dealing with the death of her biological father, Patrick Lovato.

The 54-year-old died on June 23. On Thursday, the “Made In The USA” singer opened up to Good Morning America about the loss.

Demi Lovato signed a no-suicide contract as a kid >>

At the time of his death, Lovato was estranged from her father and she shared some of the issues she had with him.

“I’m a firm believer that everything happens for a reason,” the former Disney star said. “My father dealt with mental illnesses and he wasn’t able to function in society and that happens to a lot of people.”

The X Factor judge is doing something positive with the loss. She is establishing the Lovato Treatment Scholarship Progam as a tribute to her late father. The fund will pay for mental health or addiction treatment expenses at the Cast Recovery Services rehab center for someone in need.

She’s back! Demi Lovato is sticking with The X Factor >>

Besides her family and friends, fans of the young singer have also provided her comfort.

She told the morning show, “It’s been a really rough week, but I’ve had incredible support from them and they can help me get through anything.”