Channing Tatum says other celebrities can do what they want, but he’s not going to sell pictures of his baby just to make a buck.

What’s this? A celebrity who refuses to make money off of pictures of his baby? Channing Tatum has 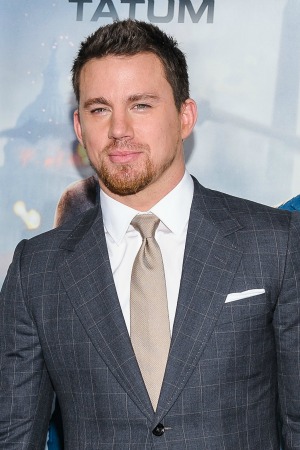 announced that he and his wife Jenna Dewan have no plans to sell pictures of their newborn daughter, Everly, to a magazine for a lucrative deal.

“I don’t judge anyone that [sells baby photos]. We just didn’t want to. Part of me wants to take a thousand pictures and hold them up for the world to see, but I don’t want her to have to deal with that,” Tatum told USA Today.

Instead of holding out on posting pictures of Everly after she was born, like new mom Kim Kardashian, Tatum and his wife decided to post one picture online so that anybody who wanted to see their daughter could do it for free. Though the paparazzi can be blamed for why they weren’t able to possibly do a photo shoot for charity.

“We were thinking about doing that whole thing and giving it to charity. I would have been happy not putting out a picture at all but paparazzi were everywhere,” said Tatum. “I had to smuggle myself out of the studio every day. We decided to do it on Father’s Day and put it out ourselves. That’s it. Here’s the first one and now, we’re going to live our lives.”

POLL: What if this sexy celeb wanted to suck your blood? >>

How is the new dad doing with fatherhood? “I think it’s all Jenna right now. I feel like I have very little to do at the moment,” Tatum revealed.

Previously, Tatum spoke to Vanity Fair about his philosophies on being a dad and how he was going to do things differently than his father did.

“I don’t think you can prepare. It’s a bit of a freestyle. I’m just going to be a good friend to my kid. One thing I definitely want to change is that whole, ‘I don’t want you to make the same mistakes’ mentality. My dad didn’t have much money growing up; he didn’t have much of an education. He forced that on me, and I didn’t want it.”