Martha Stewart weighed in on the Paula Deen scandal during a Wednesday night appearance on Bravo. 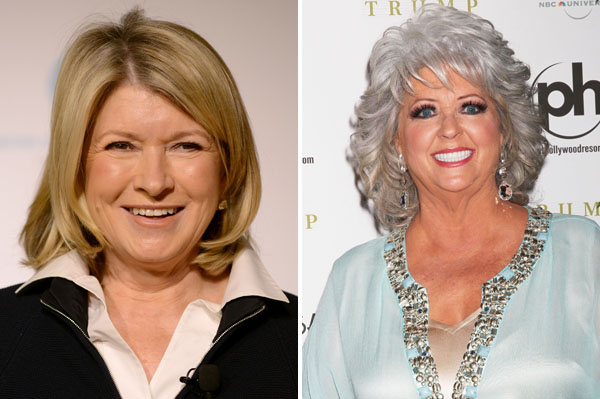 If anyone can understand what Paula Deen is going through right now, it’s Martha Stewart. The homemaking guru, 71, said she feels for her former Food Network colleague during an appearance on Bravo’s Watch What Happens Live on Wednesday night.

Stewart stopped short of saying that she agreed with Food Network’s decision to drop Deen’s show from its lineup in the wake of her racial slur scandal.

Paula Deen’s sons: Our mother is not a racist! >>

“I don’t want to say whether I agree or not. I just feel you have to really watch yourself especially in this day and age, with cameras all over you and Google,” she added. “…It’ll be there forever.”

It’s probably difficult for Deen to see an end to her problems right now — especially since she’s been dropped by multiple sponsors, including Walmart, Target, Home Depot and Smithfield Foods — but Stewart is proof that celebrities can come out of a serious scandal and find success.

The Martha Stewart Living mogul was convicted of insider trading in 2004 and spent four months in a federal prison. Stewart told Oprah in a 2010 interview that her company probably lost “a billion dollars” as a result of her prison stay, but she got through it.

“I think many of us have an inner strength that you do not know until you are tested,” she said. “This was a test. I kept my head up. I kept my friends intact, most of them. I kept my spirit high, and I moved on.”

Will Deen be able to do the same? Time will tell.