The National Geographic Channel just released the first few stills from their upcoming mini-series Killing Kennedy. Check out these makeovers. 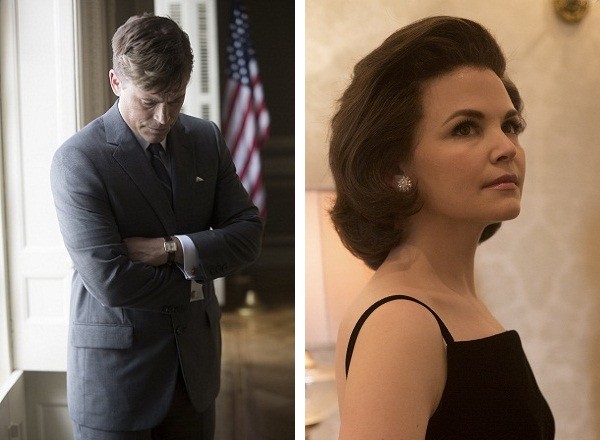 Since the rumors of another Kennedy mini-series began to fly, we’ve been hooked. Reelz’ The Kennedys was excellent. Greg Kinnear made for an excellent JFK and Katie Holmes looked the spitting image of Jackie O. They don’t have serious competition with NatGeo’s new Kennedy-centered show, though. Killing Kennedy, based on the book by Bill O’Reilly, has pulled from a list of a-list actors including Rob Lowe, Ginnifer Goodwin, Michelle Trachtenberg and Will Rothhaar.

First and foremost, they nailed America’s royal couple. Goodwin takes on the iconic image of Jackie Kennedy and, as you can see from the stills above, has been made up into a dead-ringer of Camelot’s queen. Meanwhile, the already swoon-worthy Rob Lowe has never looked more presidential… even when he was roaming the White House as Sam Seaborne in West Wing. He looks like he was made specifically to someday play JFK. 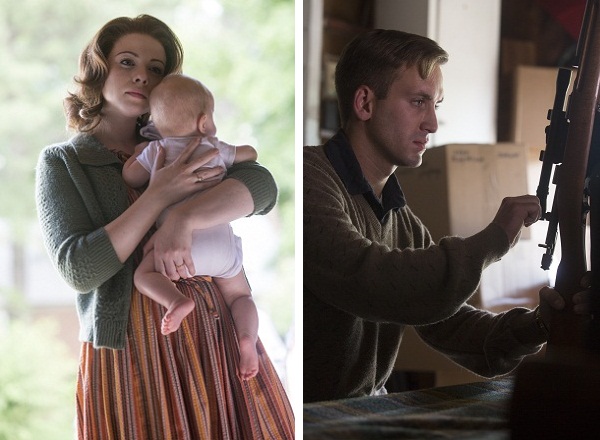 What’s more appropriate than Thanksgiving with The Kennedys? >>

The real shocker in these pictures, however, is Michelle Trachtenberg. Trachtenberg quickly dispelled the Harriet the Spy references when she appeared on The CW’s Gossip Girl as the vampy Georgina. For Killing Kennedy, the long, stringy hair was cropped, curled and set while her once heavy eye makeup was replaced with a more natural and era-specific look. It’s hard to believe from the still that the woman playing the part of Marina Oswald (wife to JFK’s historied assassin) is that little girl we grew up with, isn’t it? Meanwhile, playing the part of her gun-wielding husband, Lee Harvey Oswald, is Will Rothhaar who not only fits the role perfectly, but also makes us feel a little guilty for suddenly finding him oh-so-attractive.

We can’t imagine a more perfect casting for these parts and we can’t wait to see what the actors can do with the roles. We’re especially excited to hear Trachtenberg speak Russian on-camera for the first time.