Comic-Con just got a little more interesting. This year, they’re bringing out the big guns with The Hunger Games: Catching Fire and I, Frankenstein. 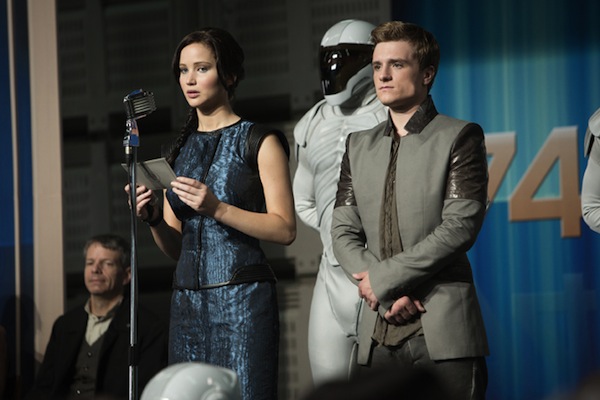 The Hunger Games is heading to San Diego Comic-Con. Lionsgate confirms the sequel, Catching Fire, will have a panel at the annual gathering. It will be joined by the horror re-imagining I, Frankenstein, which is scheduled to hit theaters next year.

Attendees will be in for a treat. Not only will they see the casts of both films, but also exclusive footage. A new trailer for The Hunger Games: Catching Fire will premiere, as well as a first look at I, Frankenstein. Everything will take place Saturday, July 20. During the panel, the actors will answer questions from fans, which you can start submitting now.

Francis Lawrence to direct the next 3 Hunger Games films >>

Speaking of Fandango, back in Jan. they published a poll for the most anticipated film of 2013. After thousands were surveyed, The Hunger Games: Catching Fire came out on top. We’re not surprised considering its growth in popularity. It also doesn’t hurt that a newly-crowned Oscar winner is the series’ star.

Will you be at Comic-Con this year?