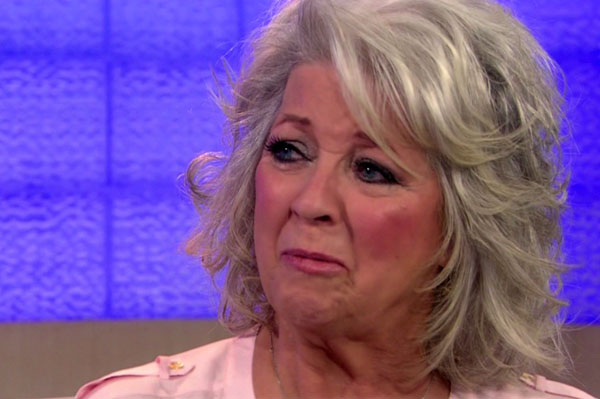 Paula Deen’s media empire continues to crumble around her.

Two more sponsors announced that they’re cutting ties with the Southern chef — Caesars Entertainment and Walmart — in the fallout of her racial slur scandal.

Bentonville, Arkansas-based Walmart sold thousands of Deen-branded products including cookware and food in their 4,000-plus stores.

That’s all over… at least for now.

“We are ending our relationship with Paula Deen Enterprises and we will not place new orders beyond those already committed,” a Walmart spokesman said in a curt statement.

Caesars Entertainment — who operated four Deen restaurants in casinos across the country — was a bit more complimentary in their announcement.

“While we appreciate Paula’s sincere apologies for statements she made in her past… we have mutually decided that it is in the best interests of both parties to part ways at this time,” representative Jan Jones Blackhurst said in a statement.

The news comes days after the Food Network ended their contract with the butter-loving chef, prompting a massive fan revolt online. Smithfield Foods also announced the end of their relationship with Deen on Tuesday.

The 66-year-old is pressing on, though. She made good on her missed Today Show appearance with a tearful interview with Matt Lauer.

“I’ve had to hold friends in my arms while they’ve sobbed,” Deen added, sobbing herself. “Because they know what’s being said about me — it’s not true. And I’m having to comfort them, and tell them it’s going to be all right. If God got us to it, he’ll get us through it.”

We have to wonder: Will fans also call for a Walmart boycott?

Will you boycott Walmart for dropping Paula Deen?