A bankruptcy judge has ruled in Casey Anthony’s favor in a defamation suit involving two people who were falsely implicated in daughter Caylee’s death. What will a federal judge say? 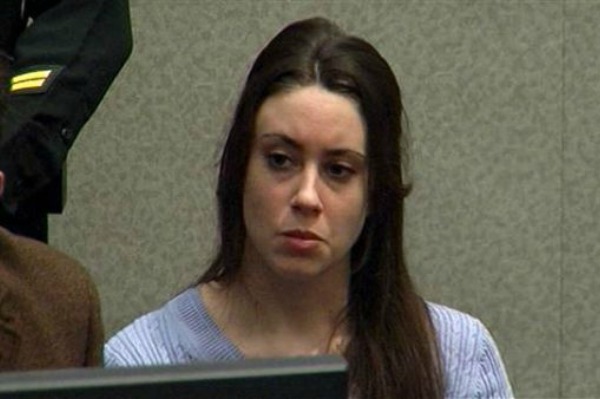 Casey Anthony may have just won another courtroom battle. The 27-year-old, who was acquitted of the murder of her 2-year-old daughter Caylee, might just be too poor to face the defamation suit being brought against her. Anthony filed for bankruptcy earlier this year after revealing that she was $800,000 in debt. A movie was made about the case involving her daughter, but did nothing to help her financial situation.

Holly Deveaux to play most hated mother in America >>

Anthony is being accused of defamation by Zenaida Gonzalez and Roy Kronk, who were both implicated by Anthony in the death of Caylee. During the initial, crucial hours of the investigation into Caylee’s disappearance, Anthony claimed that Gonzalez was Caylee’s babysitter and had kidnapped the little girl. Later, it was revealed that Gonzalez and Anthony didn’t even know each other. Gonzalez is suing because she says the accusations Antony made damaged her reputation. Kronk was implicated in the little girl’s death and is suing Anthony for defamation as well.

At the time that the defamation suit was filed, Anthony had reportedly been in hiding somewhere in Florida. She was discovered after a judge ruled that she be tracked down and served a subpoena.

A bankruptcy judged has now ruled that Anthony is too destitute for the defamation suit against her to proceed in court, which is exactly what her lawyers were hoping would happen. It’s now up to a federal judge to rule on the case and if he or she decides to uphold the decision by the bankruptcy judge, it’s possible that the case could be discharged.

Anthony still insists that she did not kill her daughter, once revealing on Piers Morgan: “There’s nothing in this world I’ve ever been more proud of, and there’s no one I love more than my daughter. She’s my greatest accomplishment.”

What do you think of this latest news about Casey Anthony?